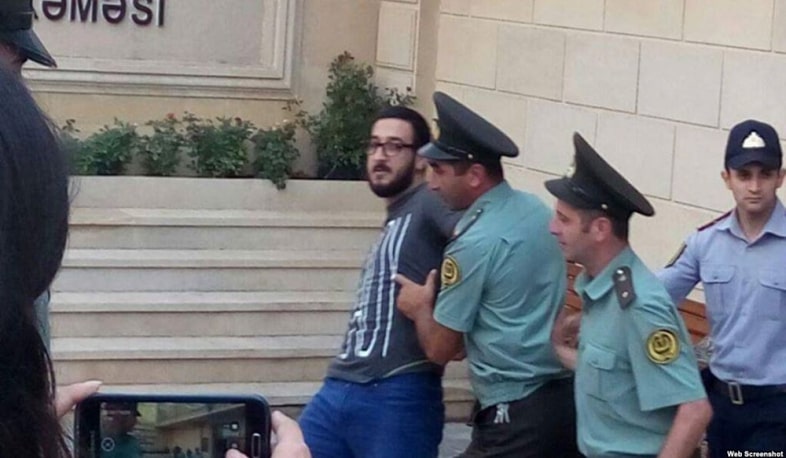 Young activist Bayram Mammadov, convicted of political slogans on the monument to Heydar Aliyev, was found dead in Istanbul, as announced today in social networks by his relatives Turan news agency reports.
One of them, Elgiz Gahraman, told  Turan agency: “There has been no news from Bayram for two days. On May 4, the police informed me that his body had been found in the sea two days ago. The police have not yet reported the cause of death and is considering several possibilities: suicide, accident or attempted murder.
“I was shown a photo of the deceased, he had been identified. Today I will go to the morgue and check again, just to make sure, although the photo clearly shows Bayram, I have no doubt”, Elgiz Gahraman said.
Another friend of the deceased, Ulvi Hasanli, also reported on the death of Bayram Mamedov. On his Facebook page, he wrote that after disappearance, his friends went to the police. The police announced the discovery of the body last evening.
“Friends are trying to figure out what happened. We hope that the investigation will figure it out. A lawyer has been hired for this issue”.
Reminder, that Bayram Mammadov and Giyas Ibrahimov became widely known after May 9, 2016, when they wrote political slogans on the pedestal of the Heydar Aliyev monument in Baku. A few days later, they were arrested and convicted, but on drug trafficking charges. The inscription on the monument "Happy a slave day!" and "F*** the system" cost them ten years in prison.
On October 25 of the same year, they were found guilty and sent to prison. They were pardoned in March 2019.
Views 112