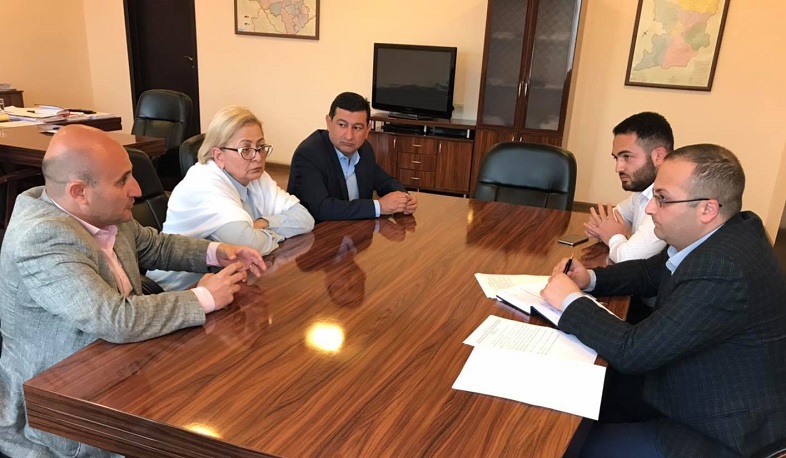 Marie Grigoryan, Secretary General of the Tourism Committee of the RA Ministry of Economy and Mekhak Apresyan, President of the Armenian Tourism Federation, were in Artsakh last week on the initiative of Sergey Shahverdyan, Director of the Tourism Development Agency NGO, to discuss issues related to tourism in Artsakh (Nagorno-Karabakh).

During the meeting with the Minister of Economy and Agriculture of the Republic of Artsakh Armen Tovmasyan, the discussion was focused on the following issues: due to the large-scale military aggression against Artsakh on September 27, our country lost about 80% of its tourist destinations. Now the Artsakh Republic is facing the problem of creating a new tourism product and developing walkways.

According to the Minister, the Ministry of Internal Affairs of the Republic of Artsakh has already compiled a list of safe tourist destinations in Artsakh, where tourists can feel completely safe. Cognitive visits are carried out to these areas at the initial stage, after which they are planned to be improved, road signs and information signs to be placed and popularized.

Emphasizing the need to revive the sector in Artsakh, the parties expressed readiness to expand the scope of cooperation.