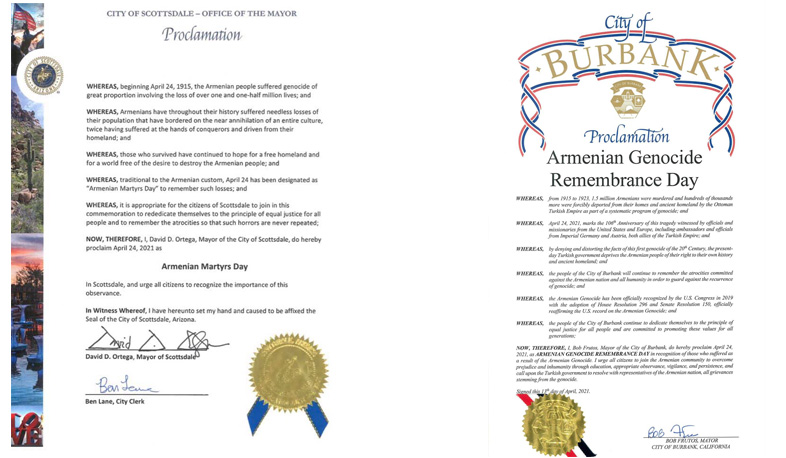 Today is the Armenian Genocide Remembrance Day in Scottsdale and Burbank, USA

Scottsdale, Arizona, and Burbank, California have issued special proclamations declaring April 21 a day of remembrance for the victims of the Armenian Genocide. The Scottsdale City Council stated in proclamation that the city joins the commemoration of the victims of the Armenian Genocide and reaffirms its commitment to the principle of equality of justice, expressing hope that the atrocities and horrors will not be repeated. The proclamation of the Burbank City Council states that the city remembers the atrocities committed against Armenians in the hope of ruling out a recurrence of the Genocide in the future.
Views 104