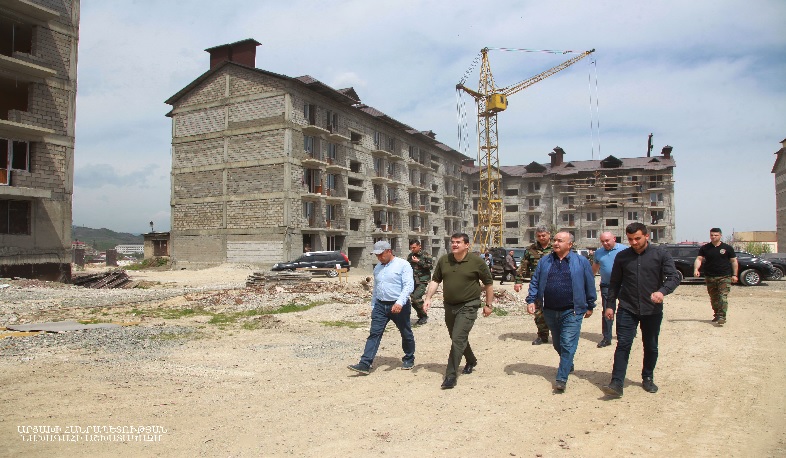 One thousand apartments to be ready in Stepanakert in the next two years: Artsakh President Arayik Harutyunyan says

On April 19, Arayik Harutyunyan, President of the Republic of Artsakh (Nagorno-Karabakh), visited construction sites in Stepanakert, got acquainted with the construction works of new apartment buildings.
President Harutyunyan discussed with the Minister of Urban Development, the Mayor of Stepanakert, and representatives of construction companies a number of issues related to the progress of the works, and gave instructions to complete the works on time.
It is planned that 1000 apartments will be ready for living in various districts of Stepanakert in the next two years.
“The main beneficiaries of housing projects in the capital are the residents of the displaced cities of Shushi, Hadrut, as well as a number of social groups. The task is to provide them with an apartment as soon as possible,” said the President of Artsakh.
The first housewarming ceremonies in Stepanakert will be held by the end of the year.
Views 241