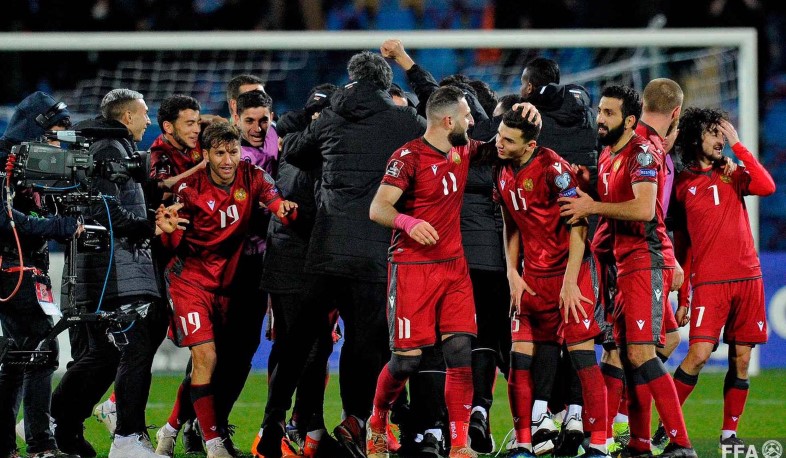 The highest football institutions responded to the fantastic victory of the Armenian national team in the 3-rd round of the 2022 World Cup qualifiers yesterday.
FIFA and UEFA twitted about our team’s brilliant results.
“Eight games unbeaten, four straight wins; four games without defeat in WCQ for the first time. Armenia is making history on the road to the 2022 World Cup,” FIFA twitted.
“Comeback is complete. The hosts win in Yerevan, despite trailing four minutes from time. Armenia has now won five in a row for the first time in their history,” European Qualifiers of the Union of European Football Associations twitted.
“Second-half madness,” says the official twitter page of the European Qualifiers of the Union of European Football Associations.
Views 161