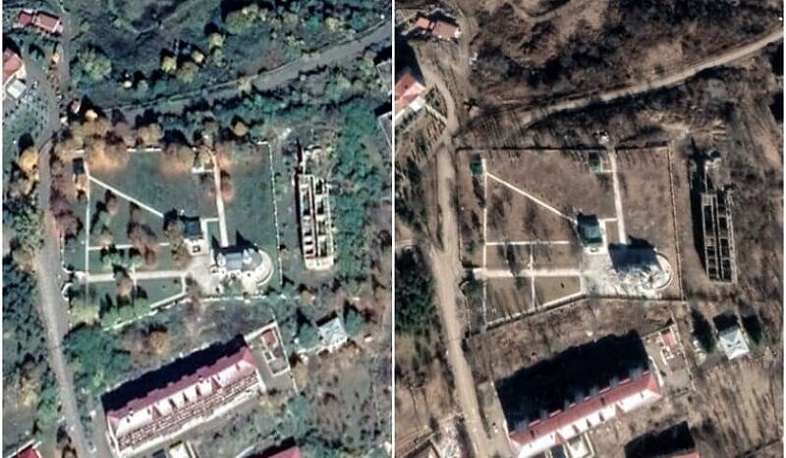 The Dutch newspaper Nederlands Dagblad published an article about the destruction of “Kanach Zham” (Green Chapel) Church in Shushi by Azerbaijanis, Infoteka24 reports.
The newspaper writes Armenian scientists are concerned that Azerbaijan destroys the cultural and Christian heritage in the occupied territories of Artsakh (Nagorno-Karabakh). It is has already started. The monuments of the Armenian cultural heritage are being renamed, aiming to fraud the thousands-year-old inscriptions.
Ilham Aliyev, President of Azerbaijan, has personally instructed to clean all Armenian inscription from the historical monuments and churches during his visit to occupied Hadrut. The Armenian Foreign Ministry claims, thus Aliyev is preparing a ground for another vandalism.
Views 139