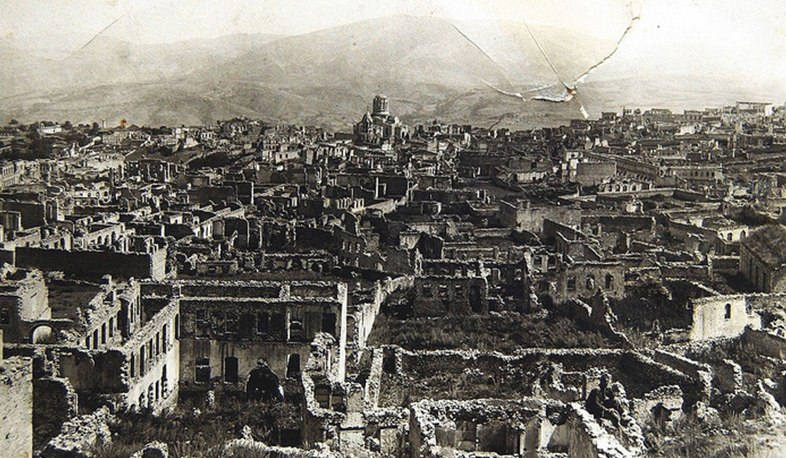 Massacres of Armenians in Shushi in 1920 and occupation of the city in 2020 are crimes against humanity: Foreign Ministry of Artsakh

The Ministry of Foreign Affairs of the Republic of Artsakh released a statement on the anniversary of massacres of the Armenian population in Shushi. The statement reads:
“Օn this day 101 years ago, the authorities of the Azerbaijani Republic, together with the regular Turkish army and numerous armed gangs, organized the massacre of the Armenian population of Shushi, almost completely destroying the historical capital of Artsakh. The Genocide in Shushi was the first manifestation of the aggressive policy pursued against Artsakh by an artificially created state called “Azerbaijan”. During this monstrous crime, thousands of Armenians were killed, tens of thousands were forced to leave the town, the Armenian cultural heritage was destroyed, the people's property was looted, and the sacred sites were desecrated.
This tragic event was a signal of what kind of policy Azerbaijan will adopt in the coming decades. The logical continuation of such misanthropic actions was the Armenian-phobia policy pursued by Azerbaijan since 1988 at the state level, accompanied by massacres, pogroms and ethnic cleansing.
The fact that the international community did not give a proper assessment to the genocidal policy of Baku and Ankara and the criminals remained unpunished led to a new aggression unleashed by Azerbaijan against Artsakh on September 27, 2020 with the support of Turkey and the participation of international terrorists, resulting in the occupation of the town of Shushi.
The massacres in Shushi in 1920 and its occupation in 2020 do not only testify to the genocidal policy against Artsakh and the Armenian people, but are also crimes against the mankind and humanity, a gross violation of international law.
The Armenians of Artsakh will never accept the loss of Shushi. Shushi was, is and will be an integral part of Artsakh, and everything will be done to liberate the occupied territories of the Republic and restore the historical justice.”
Views 1611