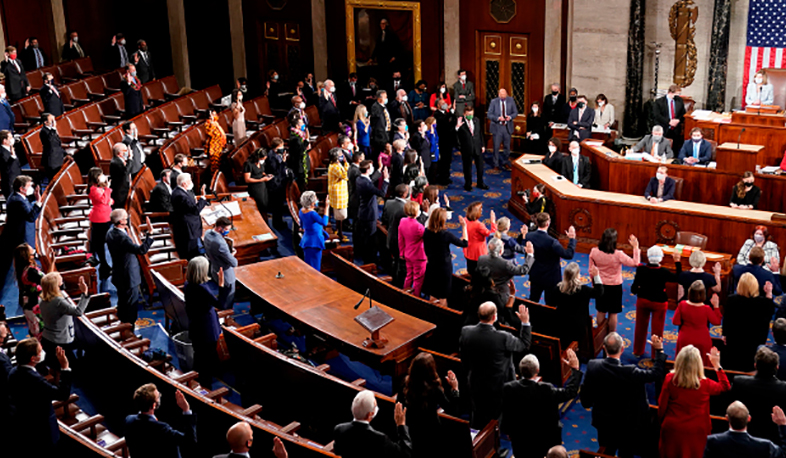 180 representatives call on US State Secretary to restrain Turkey

“President Erdogan and his Justice and Development Party (AKP) have used their nearly two decades in power to weaken Turkey’s judiciary, bring political allies to key military and intelligence positions, crack down on free speech and free press, and wrongfully imprison political opponents, journalists and minorities.
Since 2016, more than 80,000 Turkish citizens have been imprisoned or arrested and more than 1,500 NGOs have been closed to suppress political opposition,” the letter signed by 180 US Congressmen states.
Yesterday, they sent the letter to Antony Blinken, US Secretary of State. The representatives called on the US Department of State to prioritize the case of the three arrested Turkish employees of the US Embassy in Turkey. The legislators stressed that they were charged with baseless accusations.
The Congressmen also reminded that in 2017, Turkey also brought its work  style to the United States when, during Erdogan's visit to Washington, his bodyguard attacked peaceful protesters in Sheridan Square in the capital. The authors of the congressional initiative are legislators Seth Moulton and Anthony Gonzalez.
Views 575