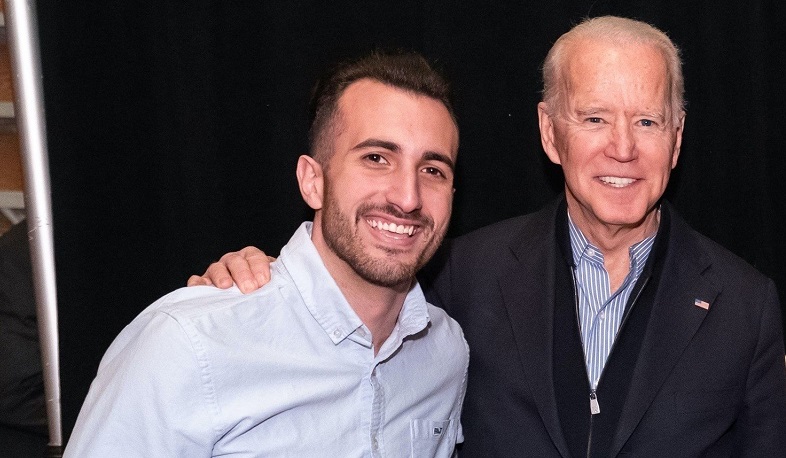 Today, President-elect Joe Biden and Vice President Kamala Harris announced additional members of the White House communications, press, photo and digital strategy teams. These qualified, tested, and skilled individuals are ready to deliver results for working families on day one.
With today’s announcement, the incoming Biden-Harris administration has announced more than 215 White House appointees, a new record for appointments pre-Inauguration. White House appointees and others serving across the federal government will represent their diverse and varied communities, putting service to the American people at the forefront of their work.
One of them is Ike Hajinazarian. He most recently served as the Western Pennsylvania Regional Press Secretary for the Biden campaign after working on the campaign in communications roles during the primary and general elections in New Hampshire, Nevada, Texas, Ohio, and other states. Prior to joining the campaign, he worked on Capitol Hill, first as Press Assistant to Senator Joe Donnelly of Indiana, and later as the Deputy Press Secretary on the House Homeland Security Committee’s Majority Staff. Born in Columbus, Ohio to Lebanese-Armenian immigrant parents, Hajinazarian is a graduate of Indiana University and the George Washington University Graduate School of Political Management.
“Speaking honestly, with empathy and directly to the public about our administration will be among the key pillars in this Presidency and White House. At a time when American families are facing numerous challenges, these appointees will strengthen our administration’s ability to convey information to the American people and be integral in our team’s efforts to build our nation back better,” said President-elect Joe Biden.
“To meet the unprecedented challenges facing our nation, we need to communicate clearly and honestly with the American people. These appointees are dedicated public servants who will help us deliver on our commitment to contain the coronavirus pandemic, create an economy that works for working people, and rebuild our country in a way that lifts up all Americans. I’m proud to serve the American people alongside them in the White House,” said Vice President-elect Kamala Harris.
“These appointees are among a diverse and experienced team that is dedicated to building our nation back better and rebuilding the trust of the American people. These staff members will be critical in communicating information on behalf of the White House to the press and the American public. They are respected and creative strategists ready to tackle the urgent challenges facing our nation,” said incoming White House Chief of Staff Ron Klain.
Views 5878