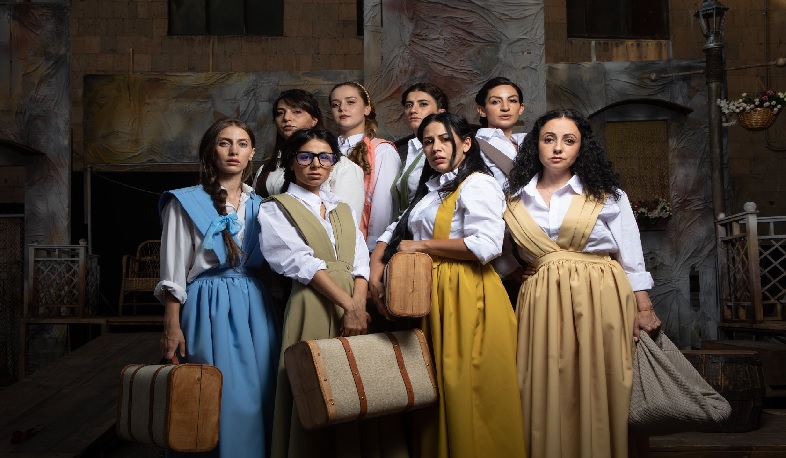 The 99th season of the Sundukyan National Academic Theater starts

The 99th season of the Mother Theater will start with the premiere of an open-air performance. Boccaccio's sad comedy "Decameron" will be performed, according to the theater's press service.
During the press conference dedicated to the beginning of the season, the director of the theater Vardan Mkrtchyan handed the speakers masks with the slogan "Theater is important", before the speech, as a sign, that despite the epidemic, cultural life in the country continues, theaters are waiting for the audience.
Vardan Mkrtchyan also touched upon the theater's activities in the conditions of the epidemic - the online broadcasted performances. He also thanked the Government of the Republic of Armenia and the Ministry of Education and Science for the financial support provided for the reequipment of the theater boiler house and the renovation of the front entrance of the theater.
The artistic director of the theater Armen Elbakyan stressed: "Yes, theater is important, because theater is the small model in the world." He mentioned that during this time the theater was looking for new means of expression to keep in touch with the audience, such as the staging of an open-air performance.
Views 38