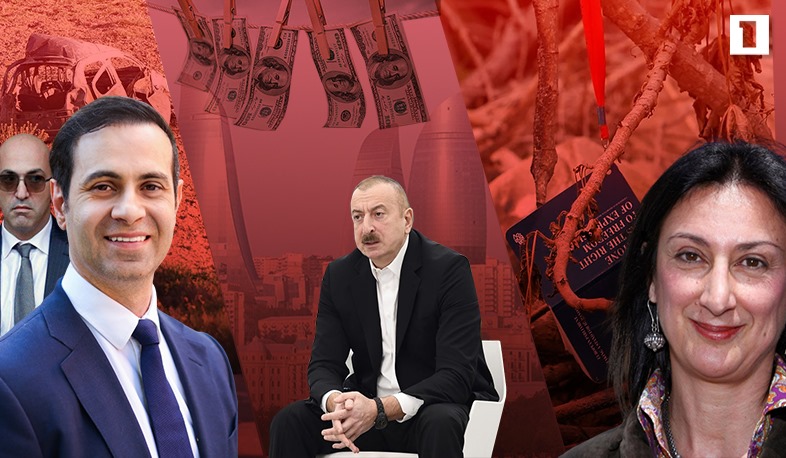 Malta police have found new facts on the murder of Maltese investigative journalist Daphne Caruana Galizia. It is known that Galizia was killed not for the information that has already been published, but for the new documents in hand.

The brutal murder of a Maltese journalist on October 16, 2017 caused a stir not only among the journalistic community, but also among politicians. Daphne Caruana Galizia's car was blown up seconds after it moved, a day before her major corruption article was published.

The article was about the kitchen deals of the Maltese and Azerbaijani authorities. The murder of the journalist first of all shook the foundations of the Maltese government, leading to a series of resignations.

The point is that Daphne Galizia had discovered how the Azeri petrodollars end up in Malta and under other names reach the offshore zones of Panama and the Virgin Islands. The name of Ilham Aliyev was the most circulated in those revelations.

"Azerbaijani President Ilham Aliyev, whose family and oligarchs had accounts at Malta's Pilatus Bank, had close ties to Malta's top government, including Prime Minister Joseph Muscat and his counterparts on the islands. This gave access to the "Electrogaz" project, part of the shares of which belong to the State Oil Company of Azerbaijan", wrote Matthew Vella, a columnist for Malta Today.

Many individuals and organizations stood up after the murder of the Maltese journalist, demanding an objective investigation. As a result, businessman Yorgen Fenech was arrested, but the traces of the journalist's murder traces of the journalist's murder were leading other direction. In January 2020, the Prime Minister of Malta resigned, admitting that he was unable to fully open the case. It opened on August 31, when the leadership of the new government announced that the assassination of Daphne Galizia was carried out in order not to reveal the dark spots of the "Electrogaz" project.

"In 2017, Daphne Galizia has received 600,000 e-mails from the energy company, which were partly owned by Yorgen Fenech. He is the prime suspect in the murder and the head of "Electrogaz". He had a soft income for Malta's electricity supply. The witness said during the testimony that before the murder of the journalist he saw a representative of the Azerbaijani oil company Turab Musayev at the house of Yorgen Fenech," the British", "The Guardian" wrote.

Turab Musayev is a close associate of the President of Azerbaijan. It is through him that the Aliyev family carries out its dirty deeds, including delivering corrupt money to its addressees. The Maltese journalist killed for the "Azerbaijani laundromat" article series was to be followed in the fall of 2017 by Bulgarian investigative journalist Dilyana Gaitanjieva, but she managed to hide and save her life, continuing to uncover the chain of international crimes committed by the Azerbaijani authorities.