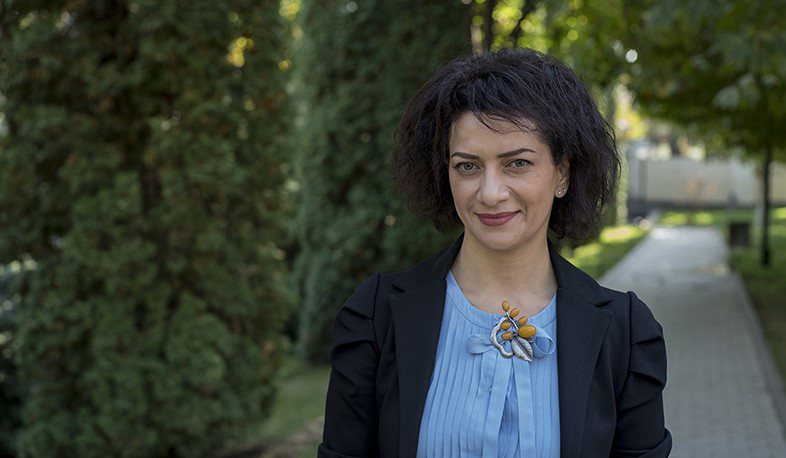 Azerbaijani women, you can reject the war at your home and say your word for peace. Anna Hakobyan

The RA Prime Minister's wife Anna Hakobyan made a note on her Facebook page, in which it says in particular:

"On July 13, when the hostilities on the Armenia-Azerbaijan border had just begun following the Azeri attack, I urged Azerbaijani women and mothers "to call on their country's leadership to cease hostilities and not endanger the lives of the children of the Azerbaijani and Armenian peoples".

I did it as the initiator of the "Women for Peace" campaign, whiich is aimed at uniting women against war, creating a favorable environment for the leaders of the conflicting countries to seek solutions to the conflicts at the negotiating table.

Several mothers of Azerbaijani soldiers responded to this call through the Azerbaijani media, which is heavily controlled by the authorities, saying: "As a soldier's mother, I say Fight!, Forward!, Azerbaijani soldier, forward!. Fight to wave our flag in Stepanakert. The only mother of a soldier is the Homeland. The struggle for the homeland is sacred".

Thus, according to the Azeri state propaganda machine, the Azeri mothers rejected my call for an end to hostilities and for peace, and announced that they were sending their sons to fight and die in the holy struggle.

A large number of Azeris were killed in the following days. The Azerbaijani state propaganda machine failed to curb the passions of the Azerbaijani people. And for several days now, the "holy struggle for the homeland" has gone beyond the borders of the conflict zone.

These actions of theirs did not go unanswered. Our compatriots naturally had to defend themselves.

These days, Armenians and Azeris are already fighting in the capitals and cities of different countries of the world. Now not only the lives of the soldiers standing at the border are endangered, but also the lives of Azeris and Armenians living in Moscow, Brussels and Los Angeles, in other cities.

And now Azerbaijani mothers, who were pushing their sons to a sacred struggle, have started appealing to various international organizations, human rights NGOs. They are calling them to intervene, to assess and to prevent what is happening in different countries.

Women who vehemently rejected the call for peace and were leading their people to war, are now trying to place the responsibility for the aftermath of that war on the shoulders of others.

Azerbaijani mothers must finally find an answer to a question: is their sons' blood flowing for the homeland or for the longevity of dictatorial rule?

I call on the mothers of Azerbaijani women to be more courageous, to join the "Women for Peace" campaign as soon as possible, to force the authorities of their country to abandon their obsession with resolving the conflict by military means, because violence brings new violence.

But Peace has no alternative.

PS. Azerbaijani women, you can reject the war at your home and say your word for peace. All you have to do is register in the "I Support" section of the "Women for Peace" website. Your support is very inportant. And if you are thousands, the government can not take revenge on you, on the contrary, it will have to take into account your demands".