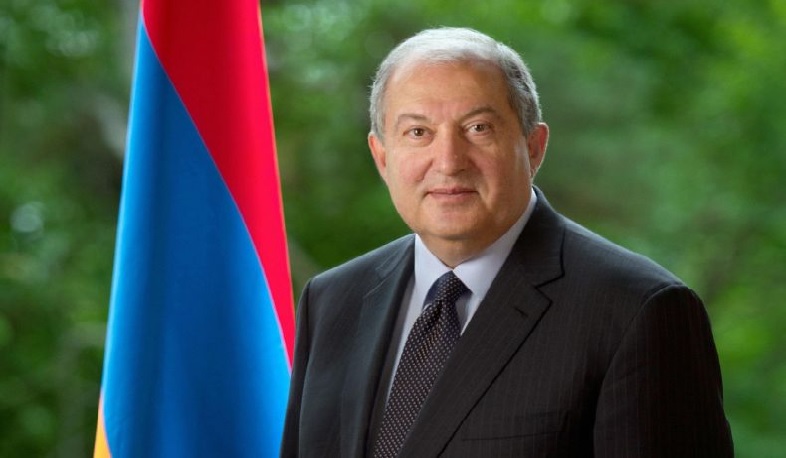 The Republic of Artsakh is a mature democratic state, and this is an irreversible fact. RA President

The President of the Republic of Armenia Armen Sargsyan made a statement on the occasion of the first sitting of the new parliament of Artsakh and of the AR new president's assumption of office.

Before congratulating once again the newly elected president and members of the National Assembly of the Republic of Artsakh, I would like to congratulate the citizens of Artsakh for their new democratic victory, a victory which is yet another step on the road toward the strengthening of sovereign statehood.

The Republic of Artsakh is a mature democratic state, and this is an irreversible fact. With the war still unfinished, Artsakh proves once again that is able to organize for the seventh time parliamentary and for the sixth time presidential elections. Each of these elections further solidifies state and democratic institutions in Artsakh.

Along with the citizens of Artsakh, the third President of the Republic of Artsakh Bako Sahakian, who today will lay down his authorities, made a great contribution to the maturing of these institutions. I would like to express my special thanks to him. After assuming the office of the President of Artsakh in 2007, he led the Republic with honor, with responsibility of a statesman and determination of a native of Artsakh. I hope that Mr. Sahakian will continue to contribute to the empowerment of Artsakh by passing his experience and knowledge to the younger generation.

I also thank all representatives of Artsakh’s state institutions for their work and efforts.

I send my congratulations to the new President of Artsakh Araik Harutyunian. I am confident that President Harutyunian will do his best for the further strengthening of Artsakh’s security and economic advancement. I have no doubt that the new government formed by him will be a government of solidarity, whose policies will allow through the joint efforts and together to empower the Republic of Artsakh. Artsakh always needs our common and individual support. We will be working together for Artsakh’s prosperity.

I also congratulate the political forces which will comprise the National Assembly of the 7th convocation – Free Fatherland – KMD alliance, United Fatherland Party, Justice Party, ARF and Artsakh’s Democratic Party fractions. I hope that they will carry on with the best traditions of Artsakh’s political life and legislative authority and will develop them further for the benefit of Artsakh’s progress also by cooperating with the political forces not represented in the parliament.

Twenty-eight years ago, about these very days, after the liberation of Shushi another momentous event took place in the Artsakh War. On May 18, 1992 the Armenian forces launched a massive attack and liberated Berdzor. The lifeline, linking Artsakh to Armenia, was opened, the blockade of Artsakh was broken. Today, the new stage of statebuilding in Artsakh is also a tribute to the memory of the heroes who gave their lives in that particular military operation and in the Artsakh Liberation War in general.

This day is yet another guarantee that the Republic of Artsakh cannot be stopped in its advancement.