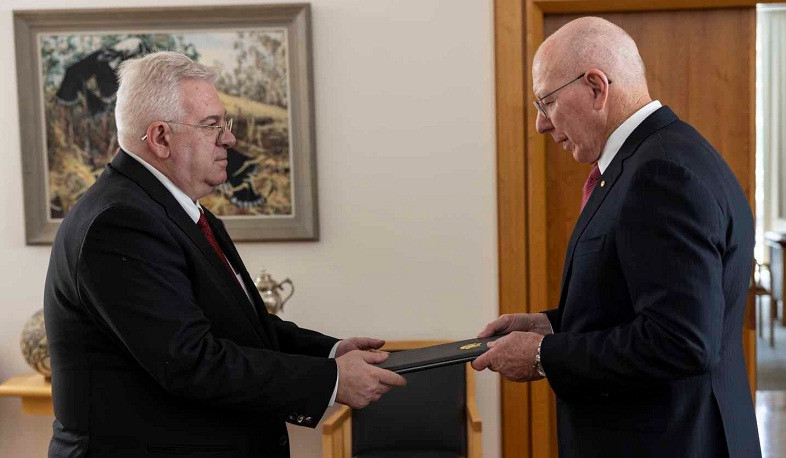 On December 8, Areg Hovhannisyan, Ambassador of Armenia to Australia presented his credentials to David Hurley, Governor-General of Australia, the Foreign Ministry of Armenia reports.

During the private conversation following the credentials’ presentation ceremony, the Governor-General wished the ambassador success on the start of an important and responsible mission, and promised all support for his future activities.

Ambassador Hovhannisyan, in turn, noted that in the 30th year of the establishment of diplomatic relations between Armenia and Australia, it is an honor for him to be the first accredited ambassador of Armenia to Australia.

He expressed hope that Armenian-Australian interstate relations based on shared democratic values will be raised to a new qualitative level in the near future.

The parties expressed their readiness to make every effort to develop and deepen Armenian-Australian friendly relations. 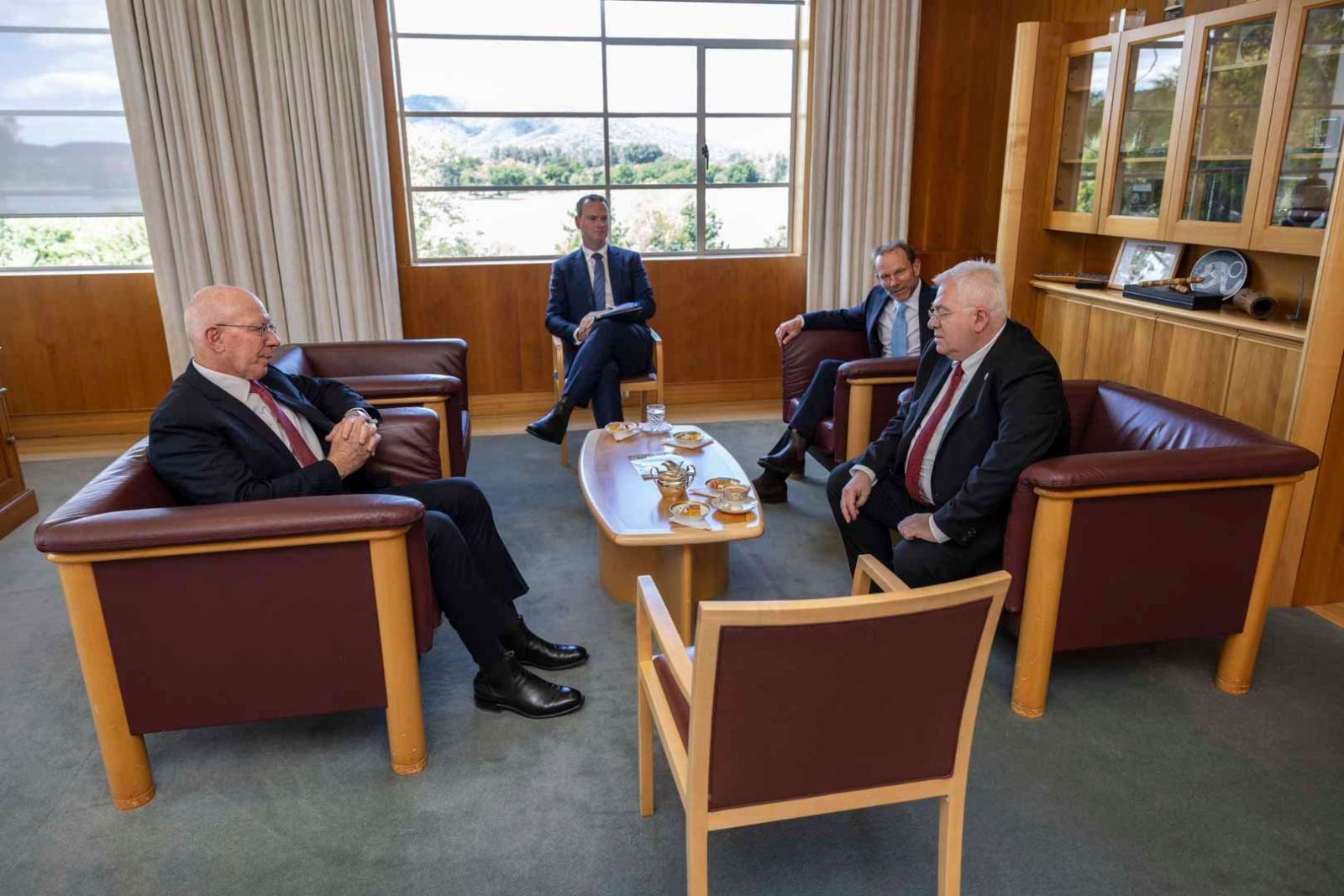