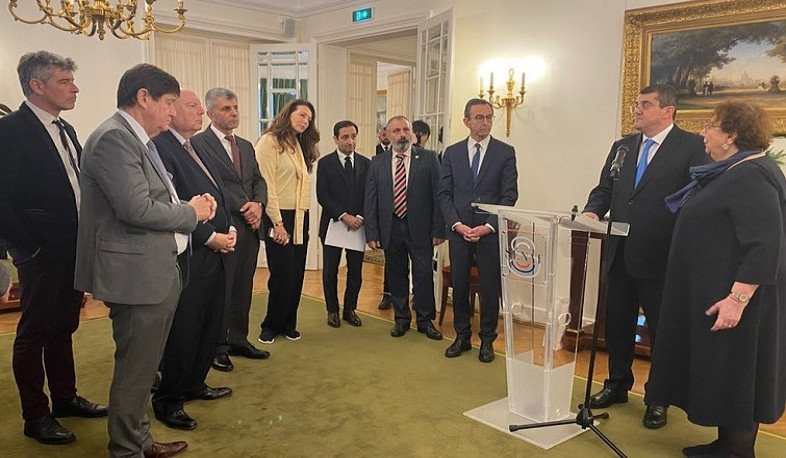 Patrick Kanner, head of the group of socialists, environmentalists and republicans of the French Senate, met with the President of Artsakh (Nagorno-Karabakh), Arayik Harutyunyan. He informed about it in his Twitter.

“Today I met with the President of Nagorno-Karabakh Harutyunyan. Together with the head of the "Republican Party" faction of the French Senate, Bruno Retailleau, we reaffirmed our full support for the respect of the sovereignty of that Republic, which faced the ethnic cleansing carried out by the Azerbaijani occupation forces,” the parliamentarian wrote.