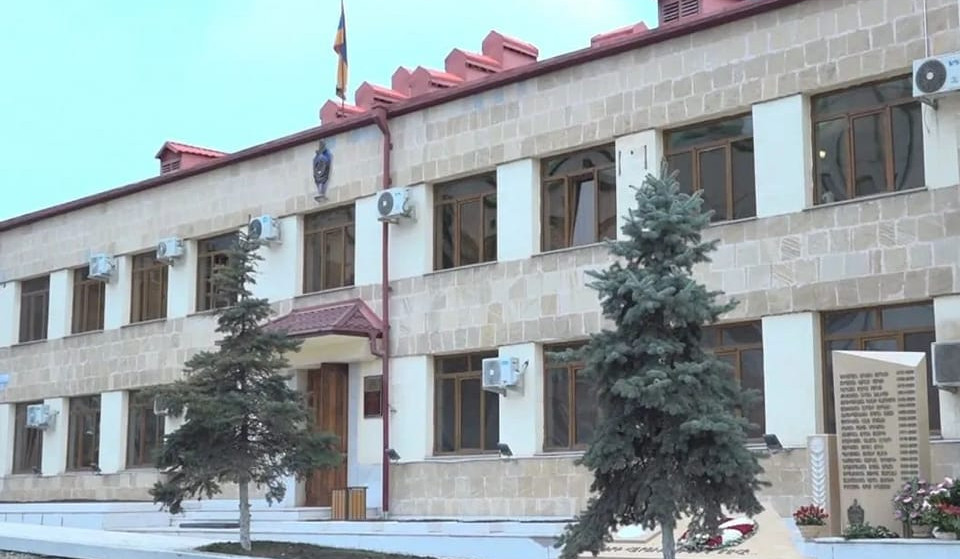 News about establishing Azerbaijani base in corridor connecting Artsakh with Armenia is false: Artsakh NSS

The news about establishing an Azerbaijani base in the corridor connecting Artsakh (Nagorno-Karabakh) with Armenia is false, the National Security Service (NSS) of the Republic of Artsakh said in a message.

“Today, the interview of Andrey Volkov, the head of the Russian peacekeeping troops in Artsakh, was published in mass media and social networks, based on which it was concluded that an Azerbaijani base will be installed in the corridor connecting Artsakh with Armenia.

The National Security Service of the Republic of Arstakh organized a discussion with Volkov on the issue, during which the latter stated that there will be no base in the corridor, it will not be controlled by Azerbaijanis, and there will be no Azerbaijanis in the places where peacekeepers are stationed in the corridor. According to Volkov, it is only planned to install technical control devices to facilitate the work of peacekeepers.

The leadership of the Russian peacekeeping mission in Artsakh will make a corresponding statement about the above in the near future,” the message says.