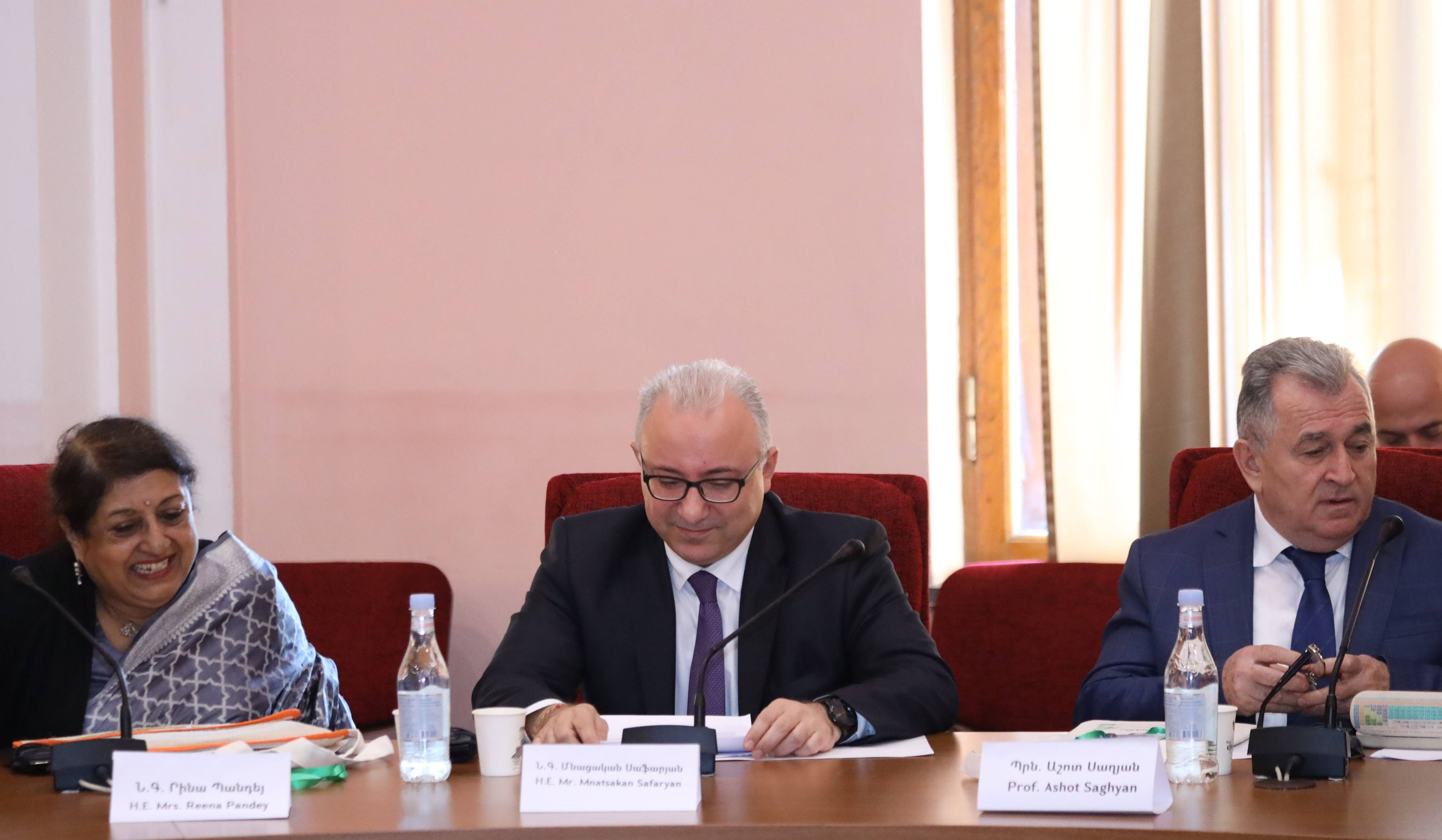 Deepening relations with India is one of priorities of Armenia's foreign policy: Deputy Minister of Foreign Affairs

Within the framework of the events dedicated to the 30th anniversary of the establishment of diplomatic relations between Armenia and India, the Ministry of Foreign Affairs of the Republic of Armenia jointly with the Institute of Oriental Studies of the National Academy of Sciences organized the ‘Armenia-India: New Incentives for Millennial Relations’ first international conference on November 27-29.

Armenia’s Deputy Minister of Foreign Affairs Mnatsakan Safaryan, President of the National Academy of Sciences of Armenia, Academician Ashot Saghyan, Saranjit Singh, Director General of the Eurasian Department of the Indian Foreign Ministry, Robert Ghazaryan, Director of the Institute of Oriental Studies of the National Academy of Sciences (NAS) of the Republic of Armenia, spoke at the event.

The speakers of the conference were: Yuri Babakhanyan, Armenia’s Ambassador to India, Gevorg Mantashyan, First Deputy Minister of High-Tech Industry of Armenia, Peter Cowie, Professor of the Armenian Studies Center named after Narekatsi, Doctor of International Relations, Armen Baiburdyan, the First Ambassador of Armenia to India, Academician of Armenia’s NAS, Professor, Director of the Institute of Oriental Studies of Armenia’s NAS adviser Ruben Safrastyan, former ambassador of India to Armenia Rina Pandey, president of the Research Forum under the auspices of the Indian Foreign Ministry Sunjoy Joshi, representative of the Vivekananda Research Foundation R.K. Sohni, experts from Armenia, as well as India and the USA.

Armenia’s Deputy Foreign Minister Mnatsakan Safaryan in his speech, in particular, noted: “The deepening and promotion of comprehensive relations with India is one of the priorities of Armenia's foreign policy. Recently, active work has been done in the defense sector of both countries, international transport and communication, tourism and other sectors.

At the end of the conference, the representatives of the Institute of Oriental Studies of the Armenia’s NAS and the "Vivekananda" scientific research foundation signed a memorandum on cooperation. 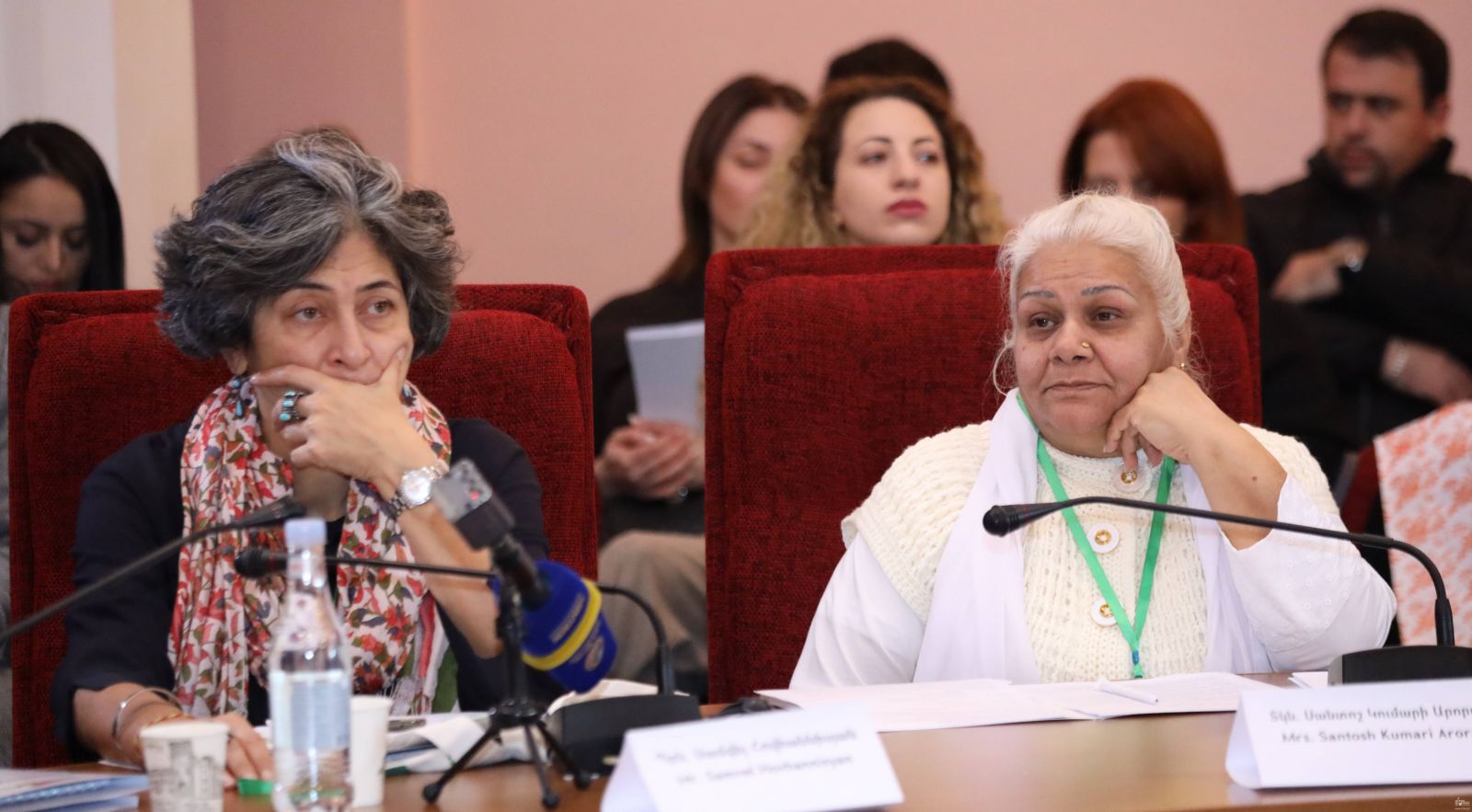 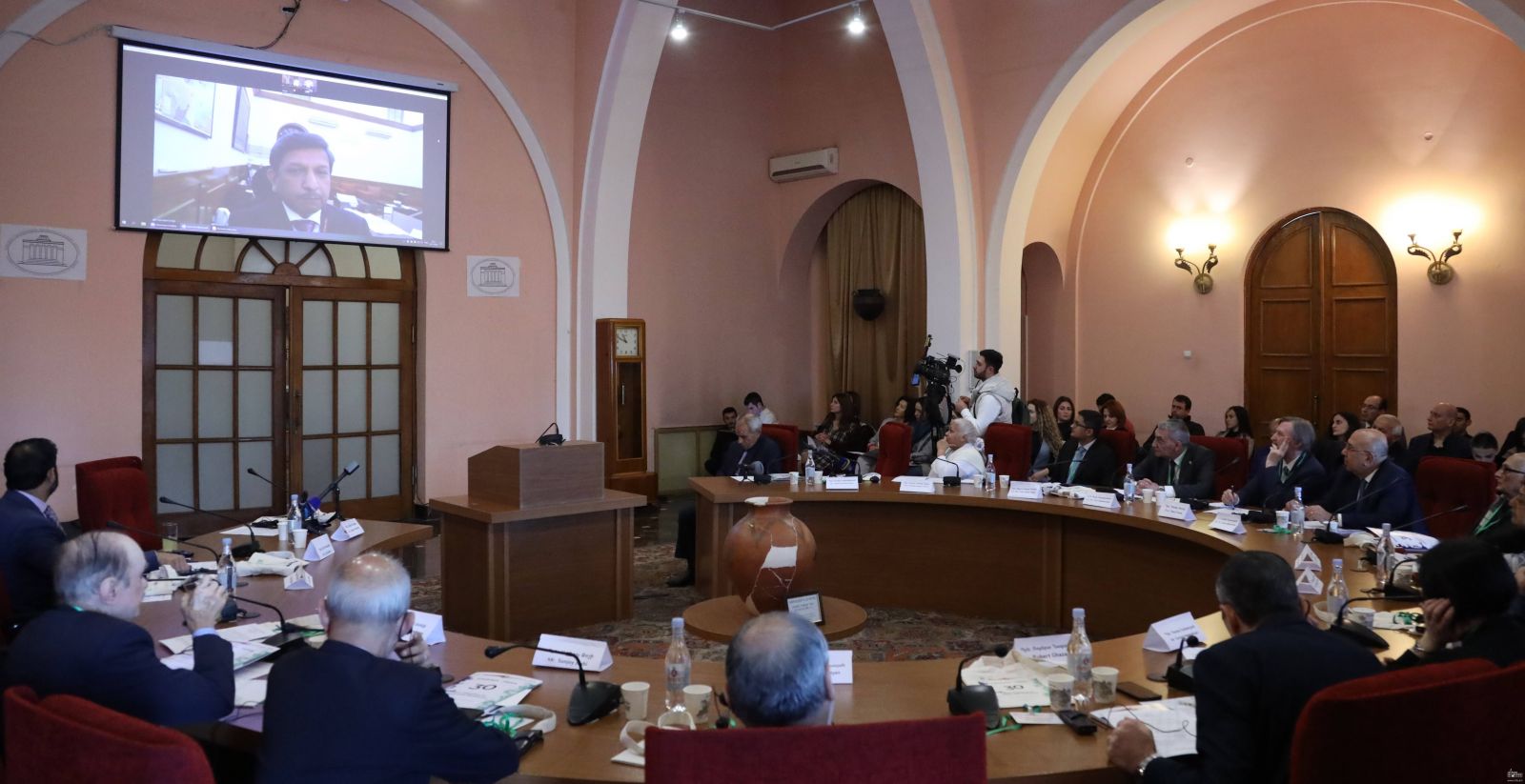