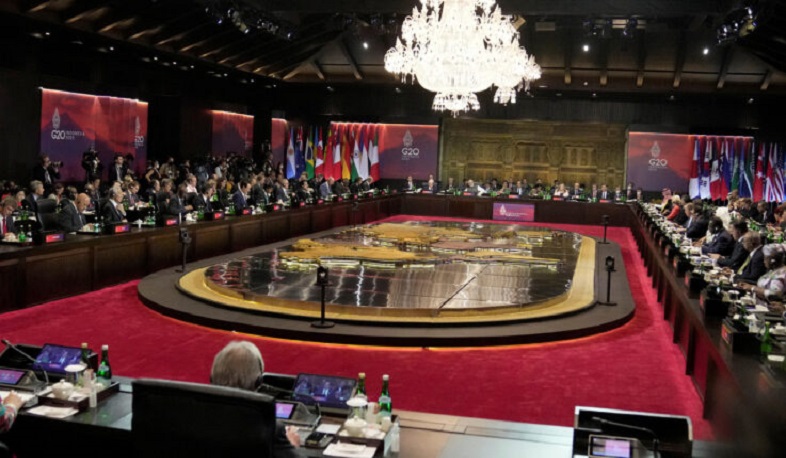 The G20 summit in Indonesia is taking place without the participation of Russian President Vladimir Putin, writes Euronews. Instead, the delegation was headed by Foreign Minister Sergey Lavrov, who left the international meeting after bilateral negotiations with members of the Chinese and Turkish delegations.

Yesterday, the organizers of the event decided to cancel the group photo opening ceremony. Kyodo agency, citing Indonesian officials, reports that representatives of the USA and European countries refused to take a photo with Lavrov.

Indonesian President Joko Widodo said within the framework of the summit. “We are responsible to stop this war. If it is not finished, it will be very difficult for the whole world to move forward.”

Attempts to pressure Russia clashed with the positions of its allies China, India and South Africa at the summit, which did not directly criticize Moscow, observers said.

China has again stated that it is against Russia's exclusion from the G20 and other international platforms. At the same time, Chinese President Xi Jinping condemned the politicization of food and energy issues, using them as a weapon, and expressed confidence that all G20 members should resist such attempts.

The final draft of the declaration, which news agencies have seen, “strongly condemns Russia's aggression and demands the complete and unconditional withdrawal of Russian troops from the territory of Ukraine.” The statement also states that the G20 is not a forum for solving security issues.

“All the problems are on the side of Ukraine, which categorically refuses to negotiate and puts forward conditions that are clearly unrealistic and not adequate to the current situation,” he said.