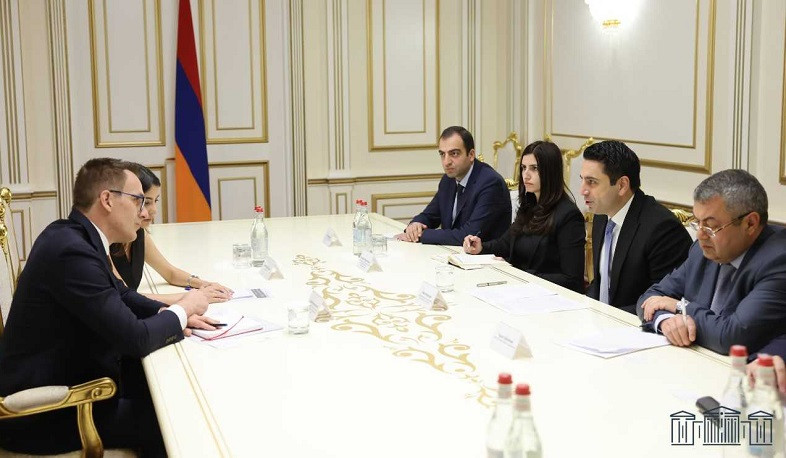 On October 6, the RA NA President Alen Simonyan received the Ambassador Extraordinary and Plenipotentiary of the Swiss Confederation Lukas Rosenkranz.

The development agendas of inter-parliamentary relations of the two countries and details related to the upcoming visit of Swiss parliamentarians’ delegates were discussed at the meeting. A reference was made to the invasion of the sovereign territory of Armenia by the Azerbaijani side, its consequences.

The need for the support of the international partners in the withdrawal of the Azerbaijani armed forces from the RA territory was emphasized.