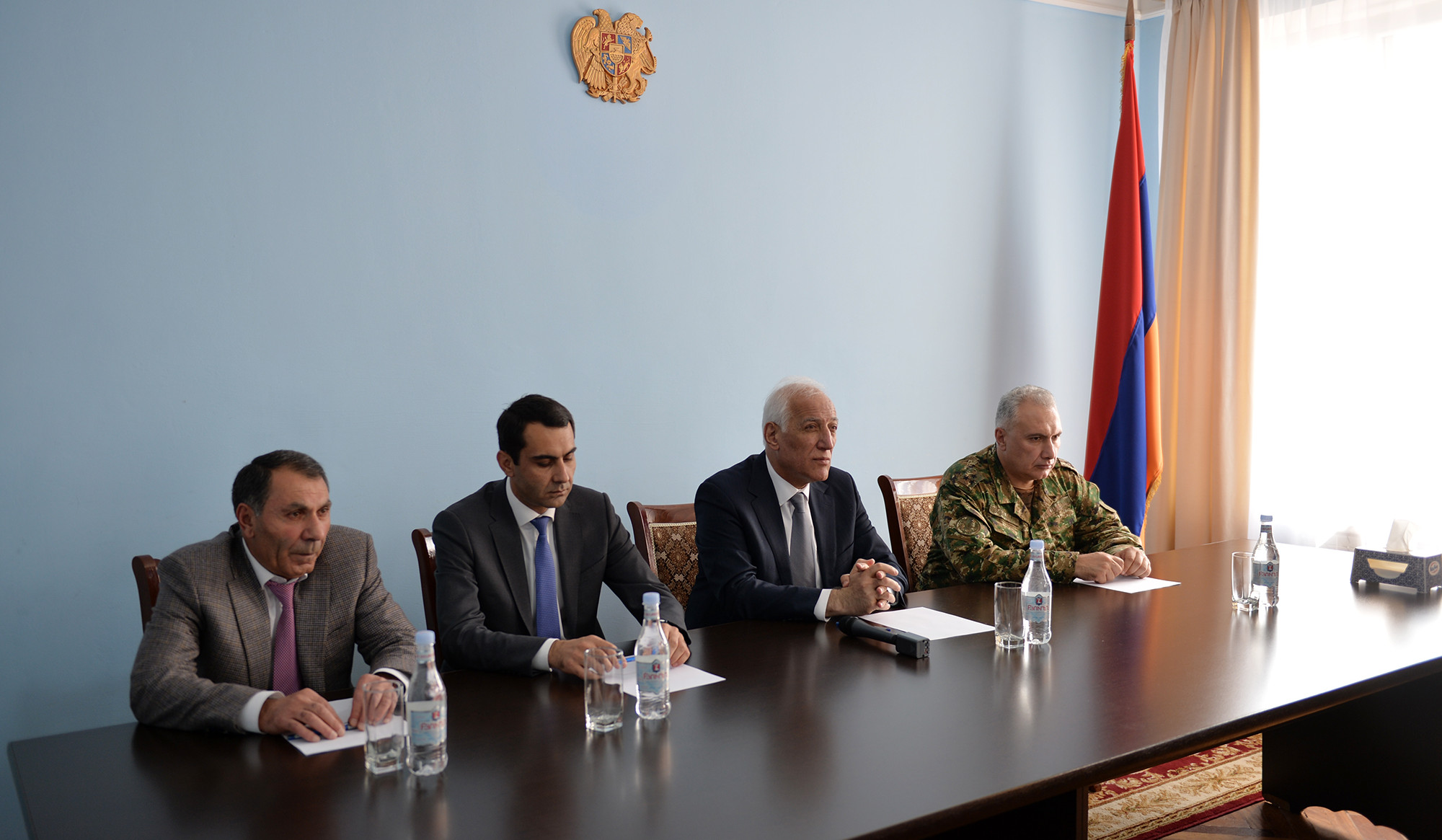 Governor Karen Sargsyan presented to the President the consequences of the shelling of Vardenis community during the aggression against Armenia by the armed forces of Azerbaijan and the measures taken by the government and regional authorities to eliminate them.

President Vahagn Khachaturyan asked to present more detailed information about the primary problems and expressed his willingness to support their solution within the limits of his powers and capabilities.

Within the framework of the working visit, the President also had a meeting with the participants of the training camp and conscript servicemen in Gegharkunik province, got acquainted with the conditions of the exercises, and talked to the servicemen in a direct atmosphere. 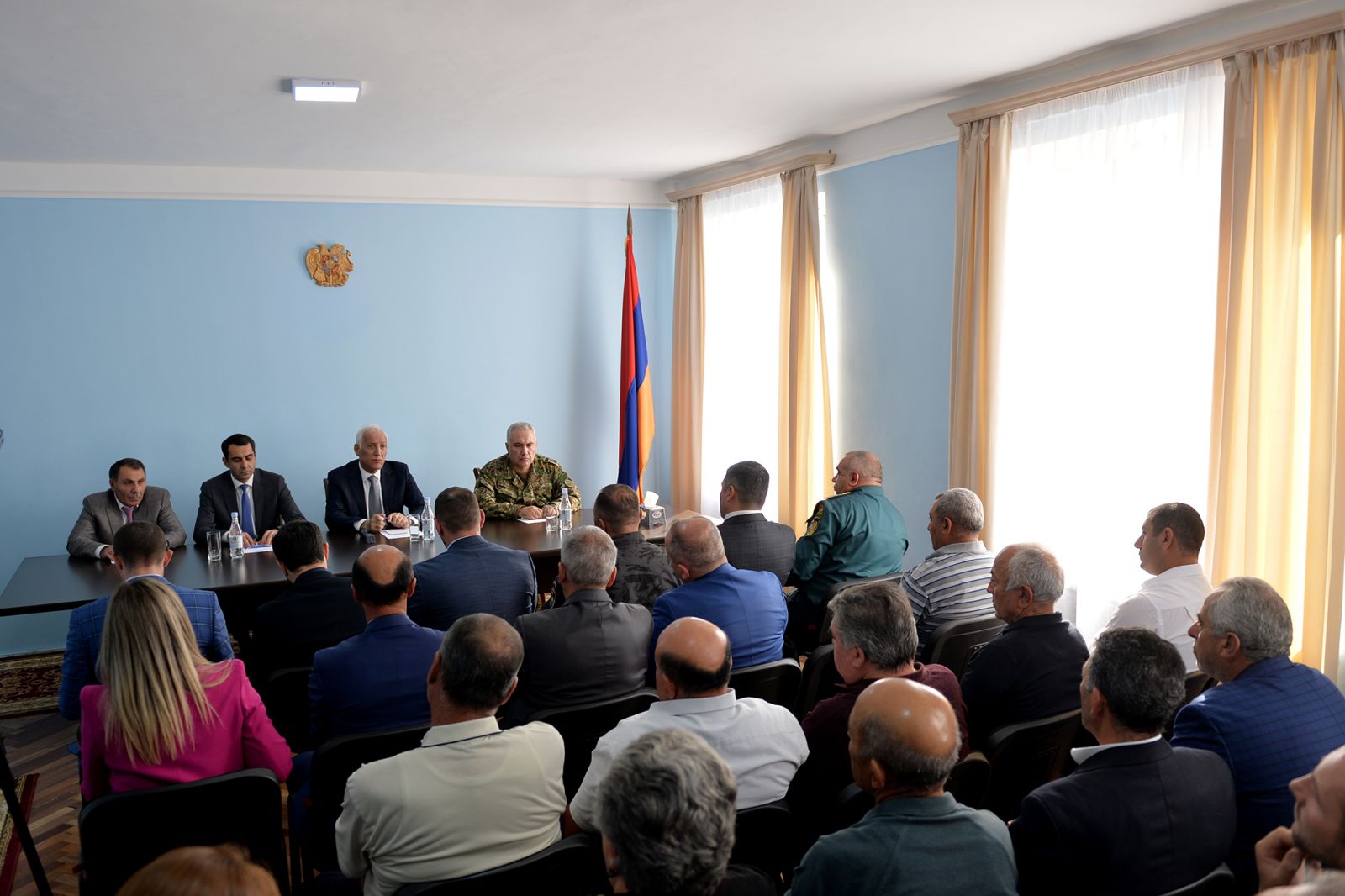