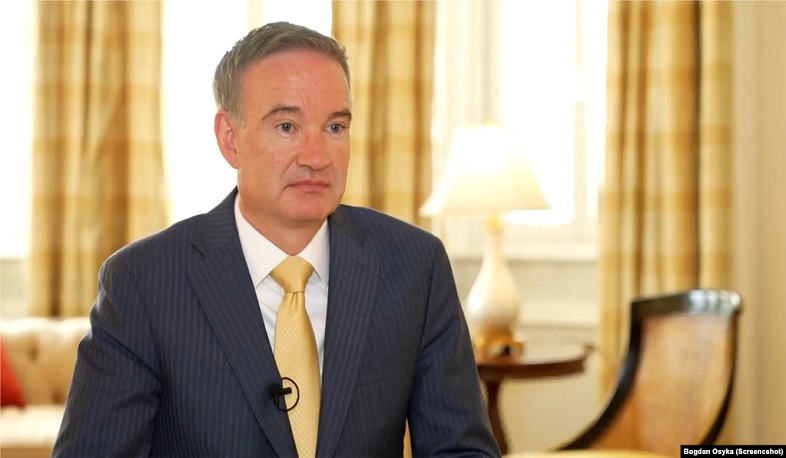 The US is strongly engaged in the South Caucasus region. Currently, it is very actively participating in the negotiations for the settlement of relations between Armenia and Azerbaijan. Also, it supports the process between Armenia and Turkey. This was announced by Ambassador Michael Carpenter, US Permanent Representative to the Organization for Security and Cooperation in Europe (OSCE), during a special online briefing.

Answering the question whether it is time to exclude Russia from the co-chairs of the OSCE Minsk Group, Carpenter recalled that the US recently appointed its new Minsk Group co-chair, Philip Reeker.

“I think it’s no secret that the Minsk Group right now is not is not meeting amongst the co-chairs, and that has to do both because of Russia’s aggression in Ukraine but also but that does not mean but also for other reasons.  There is currently a peace process that EU Council President Charles Michel is leading with the two sides, and the U.S. very much supports that process.  We are also very strongly engaged bilaterally with both Armenia and Azerbaijan to facilitate wherever and whenever possible, in very close consultation with our EU colleagues.

And so our overriding preference when it comes to Armenia and Azerbaijan is to support the normalization between of relations between the two countries; the opening of transportation and communication corridors in the region; good neighborly relations; and of course, fundamental is the protection of the human rights of all the populations living in the region, including in Nagorno-Karabakh,” added the US Permanent Representative to the OSCE.