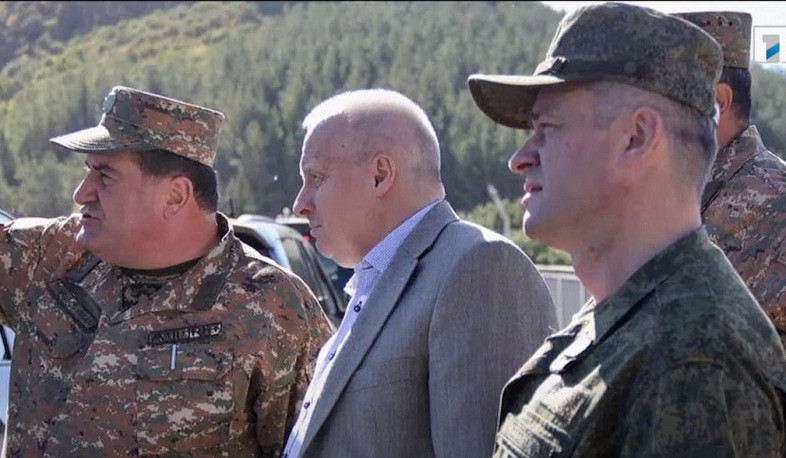 Russian Ambassador to Armenia Sergei Kopyrkin and military attaché Vyacheslav Kosov visited the towns of Jermuk and Goris together with Lt. General Tigran Parvanyan, the Commander of the Armenia-Russia Joint Troops Formation.

The Russian Ambassador met with Armenian military commanders, got acquainted with the situation on the Armenian-Azerbaijani border and the damages inflicted upon the border regions as a result of the September 13-14 shelling, the embassy said.