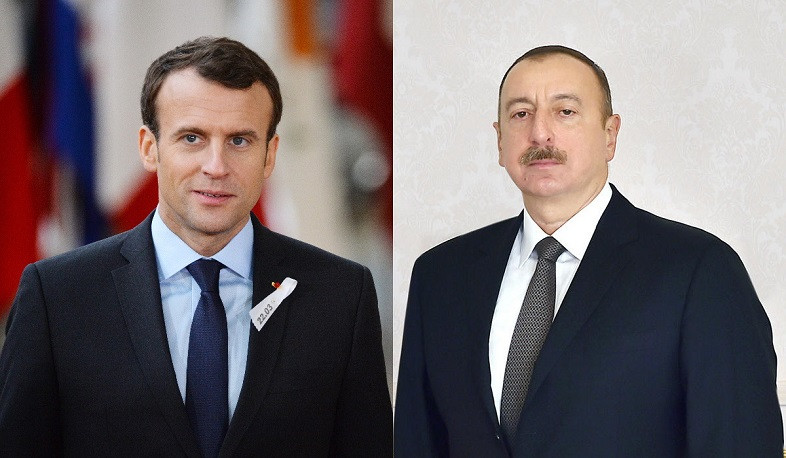 In his conversation with Aliyev, Macron reaffirmed his demand to return troops to their initial position and respect territorial integrity of Armenia

President of France Emmanuel Macron reiterated his demand on respecting Armenia’s territorial integrity during a phone call with Azerbaijani President Ilham Aliyev, the French presidency said.
President Macron called Aliyev following his September 26 meeting with Armenia’s Prime Minister Nikol Pashinyan in Paris.
“The French President repeated his call address to his Azerbaijani colleague on returning to the ceasefire and holding the troops in their initial positions. There are numerous deaths as a result of the clashes of the recent days. He also reminded about his demand to respect Armenia’s territorial integrity,” the presidency said.
Macron also noted the Armenian PM Nikol Pashinyan’s readiness to continue negotiations over unresolved issues. Macron underscored France’s readiness to contribute to these talks.
On Monday, Macron received Nikol Pashinyan at Elysee Palace. He expressed France’s support for security and territorial integrity of Armenia and urged to return to negotiations to find a lasting solution to the tensions in the South Caucasus.
Views 10320