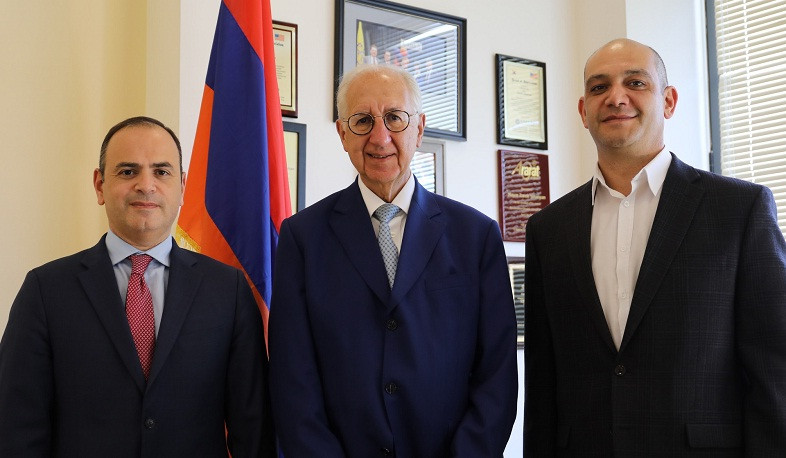 The High Commissioner for Diaspora Affairs received the President of the Council of Armenians of France, the Honorary President of Grant Thornton Armenia Daniel Kurkdjian.

During the meeting, they discussed several issues related to the security of Armenia and Artsakh, the protection of Armenian interests, the Armenian community in France, and French-Armenian relations.

"As you know, the Global Armenian Summit is taking place in Yerevan from October 28th to the 31st and will bring together Diaspora Armenians from more than 40 countries to discuss issues of Pan-Armenian relevance. The Council of Armenians of France has been kindly invited to be a participant and speaker," stressed Zareh Sinanyan.

During the meeting, multiple areas of cooperation were also discussed.