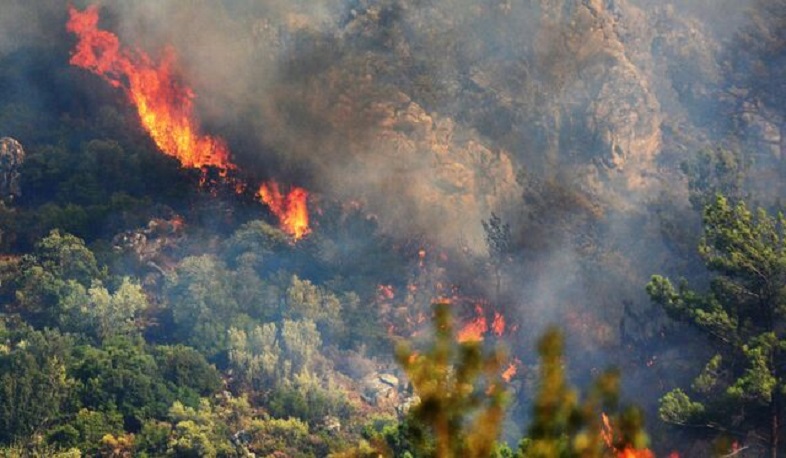 The ministry said five others also on the helicopter were injured. The helicopter crew included two Russians and five Turkish citizens, but the ministry did not give the nationalities of the members who died.

An official at the General Directorate of Forestry told journalists the helicopter had flown in from the northern province of Kastamonu to join others at Marmaris, a resort town on the Aegean Sea.

There was no immediate explanation of why the helicopter crashed into a field. The governor of Denizli said a crash investigation has been opened.

One person suspected of causing the wildfire was detained, according to a statement by the Mugla province public prosecutor’s office. The wildfire erupted in forests around the Yalancibogaz area of Marmaris. Images showed heavy smoke behind lush hills that bordered the sea.

Last summer, blazes fed by strong winds and scorching temperatures tore through forests in Turkey’s Mediterranean and Aegean regions, including in Marmaris, killing at least eight people and countless animals.

The Turkish government at the time came under criticism for its inadequate response and preparedness to fight large-scale wildfires, including a lack of modern firefighting planes.