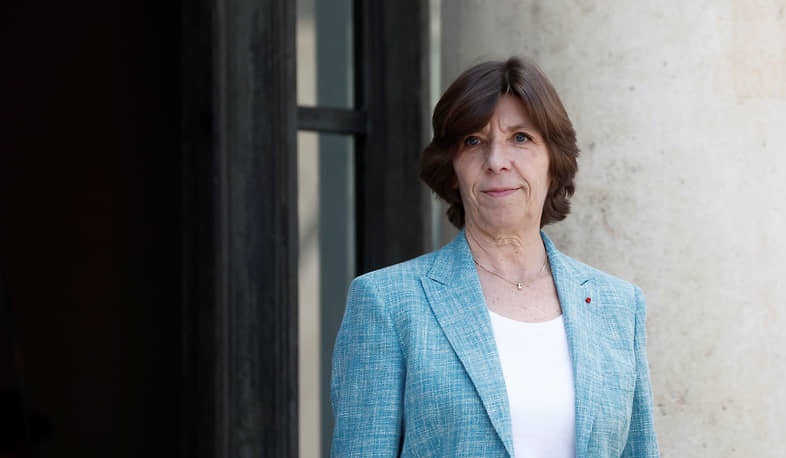 Russian Foreign Minister Sergey Lavrov and his French counterpart, Catherine Colonna, discussed ensuring security at the Zaporozhye nuclear power plant (ZNPP) during a phone conversation on Monday, the Russian Foreign Ministry said, Sputnik reports.
"Following a phone conversation between the presidents of Russia and France on September 11, 2022, the heads of the foreign ministries have discussed the situation in Ukraine in detail, mainly focusing on ensuring the security of the Zaporozhye NPP," the message read.
Lavrov noted that Ukraine was using weapons supplied by the West to target civilian infrastructure, including the ZNPP, and exposing Europe to the danger of a nuclear disaster, according to the ministry.
"The Russian side once again emphasized necessity to stop shelling of the station immediately and completely and launch an unbiased investigation of cases of deliberate attacks on this facility," the ministry stated.
According to the French foreign minister, the situation at the NPP and around it remains critical.
Colonna also called for the creation of a security zone around the facility as soon as possible.
"The situation at the Zaporozhye NPP continues to be of concern to us… We will discuss it at 11.30 a.m. [03:30 GMT] on Wednesday morning at a meeting of the working group organized by France and the director general of the IAEA [International Atomic Energy Agency] to make sure that actions are taken to ensure safety at the NPP", Colonna told a press conference.
The nuclear power plant in the Zaporozhye region, which is the biggest NPP in Europe, has been under shelling by Kyiv's troops for almost two months, despite calls from Moscow to stop to avert a nuclear disaster. Kyiv shelled the facility in a bid to stage a provocation and pin the blame for it on Russia.
Views 167