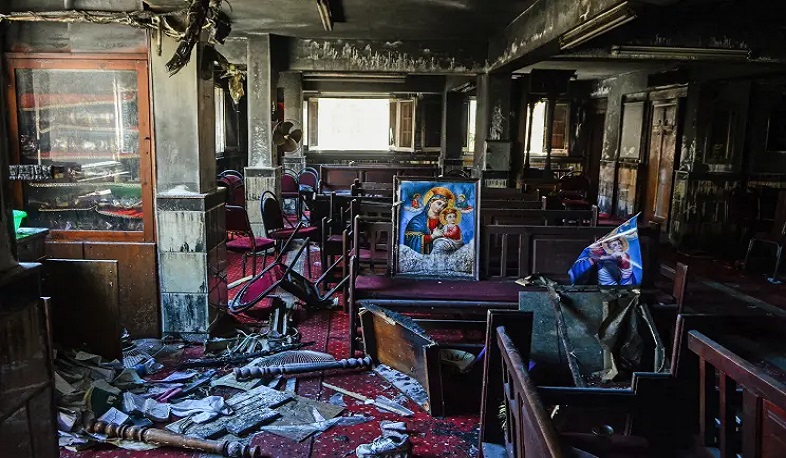 At least 40 people were killed and 45 injured in a fire inside a church in the Egyptian city of Giza on Sunday (August 14), two security sources told Reuters.
An electrical fire broke out during Mass as 5,000 people gathered at the Coptic Abu Sifin church in the Imbaba neighbourhood, the sources said.
The fire blocked an entrance to the church, causing a stampede, they said, adding that most of those killed were children.
Giza, Egypt's second-largest city, lies just across the Nile from Cairo.
"I offer my sincere condolences to the families of the innocent victims that have passed on to be with their Lord in one of his houses of worship," said Egyptian president Abdel Fattah al-Sisi in a tweet.
Views 67