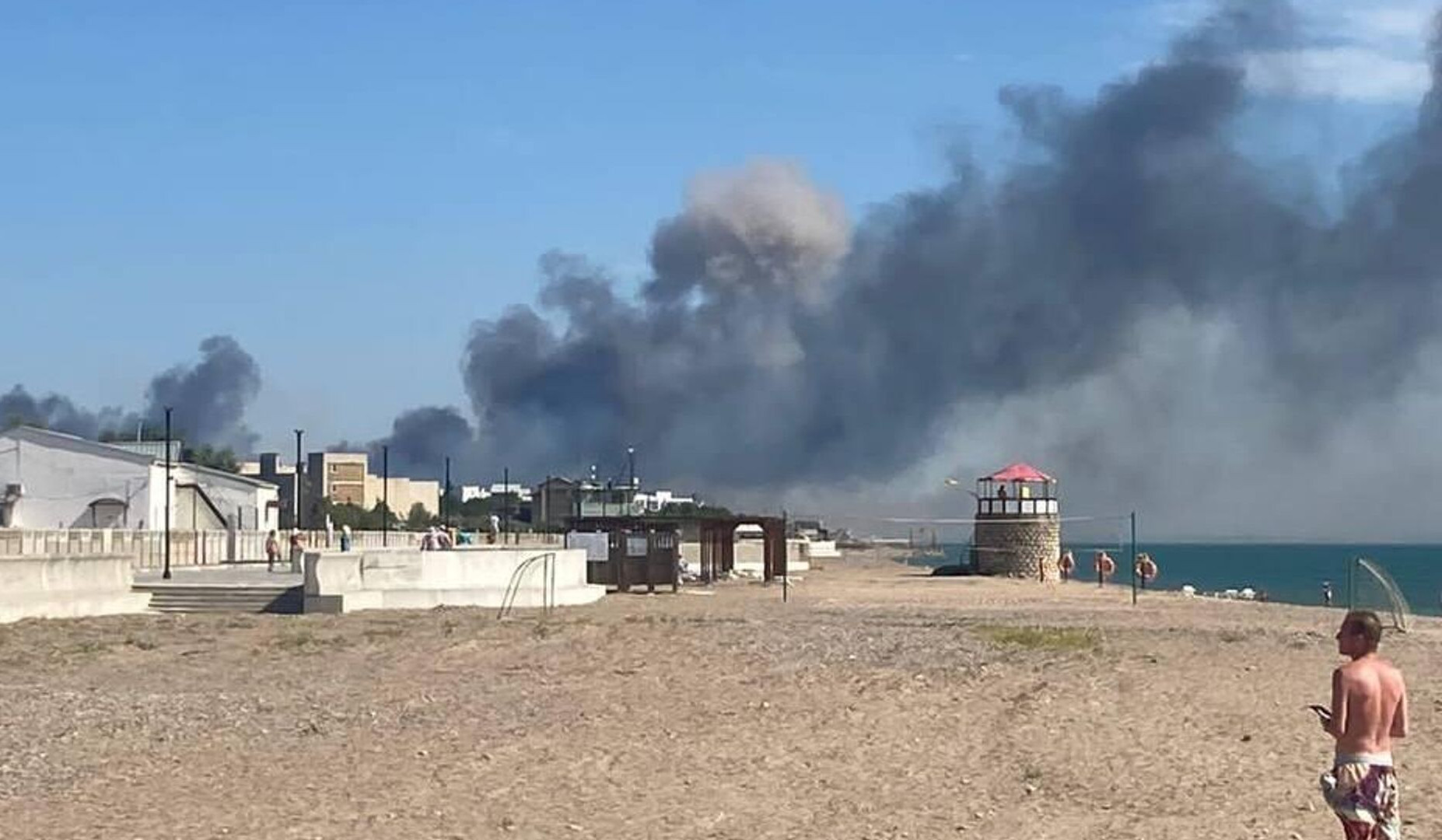 The number of people who suffered injuries in explosions that rocked an airfield in Crimea’s Novofyodorovka settlement has risen to 13, the regional Health Ministry said in a statement on Telegram on Wednesday, TASS reports.

"As of 8:30 am on August 10, 2022, one person was killed and 13 people suffered injuries in an incident in the Novofyodorovka settlement, the Saki District," the statement reads.

According to the ministry, ten of the injured, including two underage children, received outpatient care at the Saki District Hospital, one patient was taken to the hospital and another two people were provided with outpatient care at a hospital in the Crimean capital of Simferopol.

Efforts are underway to establish the cause of the explosions. The Russian Defense Ministry said that there had been no "fire impact" on the airfield. Head of Russia’s Federal Agency for Tourism Zarina Doguzova pointed out that Crimea’s tourism facilities continued to operate normally.