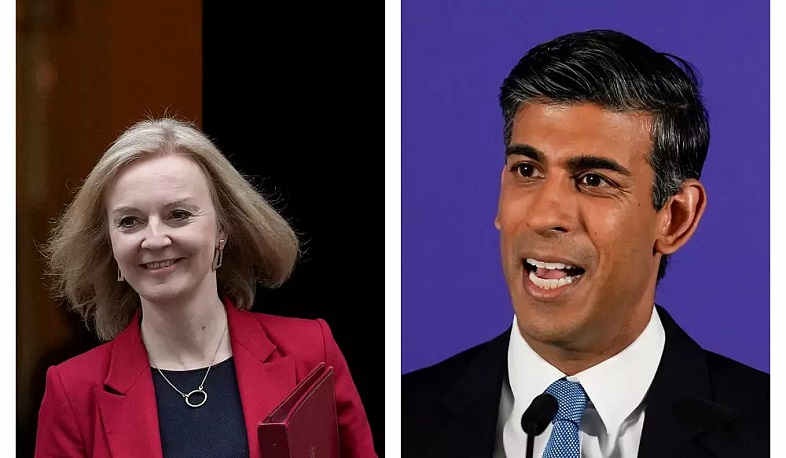 "I don't believe in windfall taxes because they put off future investment," Truss said, when asked in a hustings event for party members if it was time for another windfall tax after Shell reported record profits on Thursday.

Speaking at the event in Leeds in norther England, Truss said windfall taxes send out the wrong message about Britain being open for business.

"What we should be doing is encouraging Shell and other companies to invest in the UK because we need to get our productivity up."

A very wide range of issues were covered at the event, and the other leadership contender Rishi Sunak was taken to task by a party member who suggested he had "stabbed [Boris Johnson] in the back" by resigning as Chancellor.

"Why did I resign? It was a very difficult decision. It wasn't one I took lightly and you're right I am very grateful to the PM for giving me the job of Chancellor. But as you also saw over the past two and a half years I gave my everything to that job," Sunak said.

The two candidates’ radical differences on the economy once again featured prominently in the wide-ranging debate, with Sunak saying: "What I won't do is embark on a spree borrowing tens and tens of billions of pounds of unfunded promises and put them on the country's credit card and pass them on to our children and our grandchildren to pick up the tab. That's not right, that's not responsible, and that's certainly not Conservative."

By contrast, Truss promised tax cuts, telling the audience: "What I would do as your Prime Minister is I would launch a plan for economic growth - first of all reversing the increases in National Insurance that we promised not to do in our manifesto. I'd have a moratorium on the Green Levy to save people money on their fuel bills. And I'd also keep coropration tax low so we can attract investment into our towns and cities across Yorkshire and across the whole of our great country."