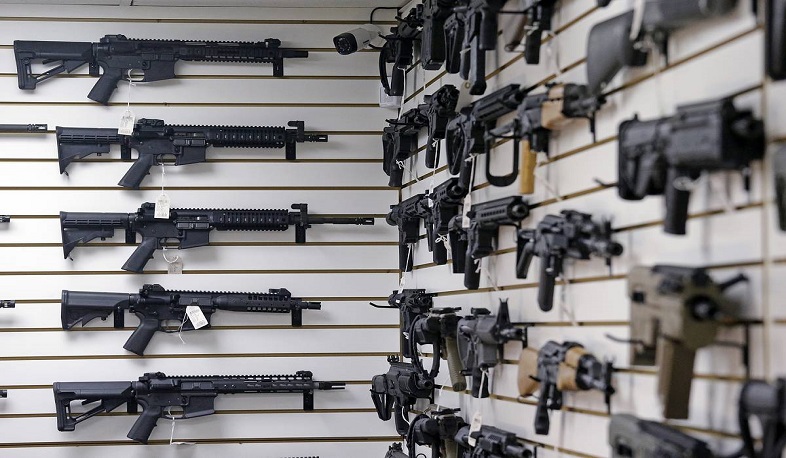 At least 200 shot and killed in holiday weekend gun violence across U.S.

Gun violence spiked over Fourth of July weekend, with shootings reported in nearly every U.S. state that killed a total of at least 220 people and wounded close to 570 others, according to the Gun Violence Archive.

The database, which collects information about fatalities and injuries linked to incidents involving discharged firearms, updated its records early Tuesday. Published tallies show the number of weekend shootings was almost equal to the number of resulting injuries, with well over 500 instances of shootings documented nationwide between Friday and Monday. There were only five states where one or more shootings were not reported in that time frame.

Of all gun violence incidents accounted for during the holiday weekend, at least 11 were classified as mass shootings by the Gun Violence Archive. Any situation where four or more people, excluding the shooter, are killed or wounded by gunshots is considered a mass shooting.

The database lists 315 mass shootings across the country since the beginning of this year, and roughly 22,500 deaths caused by any form of gun violence. The number of injuries so far traced to gun violence approaches the total death toll.

Seeing an increase in gun violence around Fourth of July is not rare in the U.S., and this past weekend's reports from the Gun Violence Archive mirror those released in previous years. In 2021, more than 180 people were killed and 516 were injured in shootings that took place during the same holiday weekend.

Devastating impacts of gun violence were widespread over the holiday, but certain areas were hit harder than others. In Highland Park, an Illinois suburb located about 25 miles north of Chicago, at least seven people died and more than two dozen were wounded in a mass shooting targeting the neighborhood's Fourth of July parade. Some of the victims, including at least one child, were in critical condition when they were transported from the scene, Highland Park Fire Chief Joe Schrage said Monday.