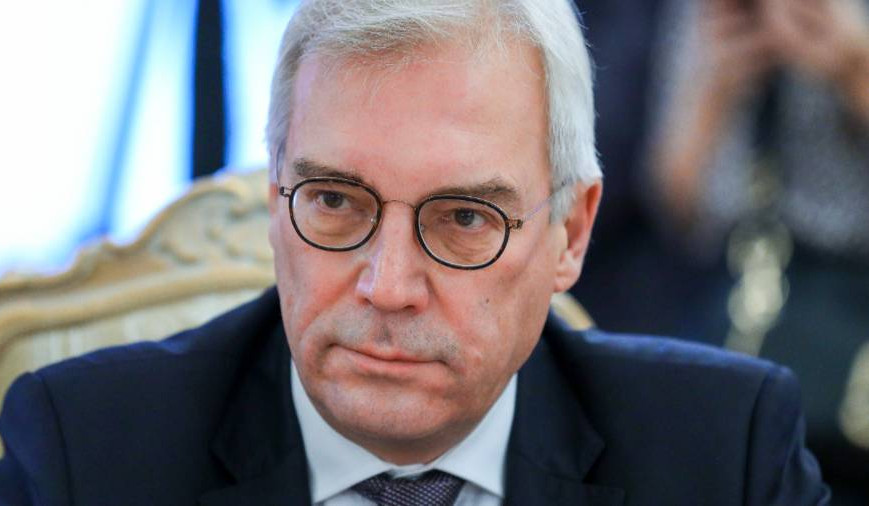 Russian diplomat recounts prior cooperation with NATO on security

Moscow has been a reliable NATO partner in the alliance's projects aimed at beefing up the security of Russia and of the bloc’s member states, Russian Deputy Foreign Minister Alexander Grushko said on Tuesday, TASS reports.

"We have been honestly contributing to our cooperation with the alliance in the spheres, which we believed, would help implement projects aimed at strengthening security of our country and the security of NATO member states," Grushko said in an interview with Russia’s Argumenty I Fakty daily, published on Tuesday.

The high-ranking diplomat noted that Russia and the West do not see eye to eye on many values.

"We have our own traditions and we demand respect for these traditions," he said. "We calmly stand by and watch everything that is unfolding with them. However, we will never obey any outside order to implement things, which are absolutely unacceptable on Russian soil and are aimed at stirring up the public."

Grushko added that Russia is unwilling to turn the clock back to the Cold War era, which NATO is trying to foist upon Moscow again. The United States, the diplomat continued, needs this contradiction today and is employing NATO as a tool for implementing its own geopolitical plans.

"These plans are very simple and are about preserving American global leadership, maintaining the unipolar world and to shift all subsequent economic and financial costs on to their allies after having attained their political and military subordination," the Russian diplomat said. "Because of this and because Russia is against playing according to the ‘imposed rules,’ the confrontation will linger on."

According to Grushko, Russia had been building "four common spaces" with the European Union, but the project failed since the EU was not ready for equal cooperation.

"Somehow they believed that all countries must act as if all of them are already candidates for EU membership," the diplomat insisted.

"This is what the nature of our confrontation with NATO is about. Russia’s unwavering response is ‘No.’ Cooperation must rest on equality. Not on something that is being forced upon us, but something that really corresponds to our interests," Grushko concluded.