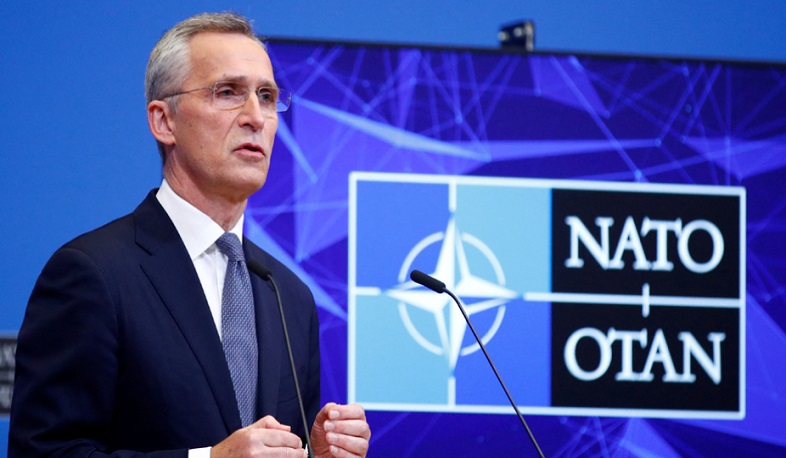 NATO will massively increase the number of its forces at high readiness to over 300,000, Secretary-General Jens Stoltenberg said, Reuters reports.

"We will transform the NATO response force and increase the number of our high-readiness forces to well over 300,000," he told reporters ahead of a NATO summit in Madrid later this week.

NATO's quick reaction force, the NATO response force, so far has some 40,000 troops.

At the Madrid summit, NATO will also change its language on Russia that in the alliance's last strategy from 2010 was still described as a strategic partner.

Stoltenberg stressed that NATO leaders will reaffirm their commitment to increase defense spending at a summit in Madrid.

German Chancellor Olaf Scholz has stated that the North Atlantic Treaty Organization will continue to supply arms to Ukraine for as long as necessary.

US President Joe Biden, meeting with NATO Secretary General Jens Stoltenberg on the sidelines of the Madrid Alliance summit, said that the United States will increase its military presence throughout Europe.

The American leader noted that the alliance must be able to repel threats from all sides - "in the air," on land and at sea.

The United States intends to deploy the US Army 5th Corps (ground forces) headquarters in Poland, increase the number of rotating troops in the Baltic states, Romania, and deploy additional air defense systems in Italy and Germany.

The United States is going to boost the strength of rotational troops in the Baltic states, US President Joe Biden said after a meeting with NATO Secretary General Jens Stoltenberg on the sidelines of the alliance’s summit in the Spanish capital on Wednesday.

"We're going to enhance our rotational deployments in the Baltic states," Biden vowed.

As the US president also pointed out, the United States will maintain an "additional rotational brigade" in Romania to comprise 3,000 fighters and another 2,000 personnel.

The summit of the heads of state and governments of NATO member states is running in the Spanish capital on June 28-30. Its participants are going to adopt a new strategic concept, discuss the issues of bolstering the military alliance and the consequences of global climate change for the security sphere.