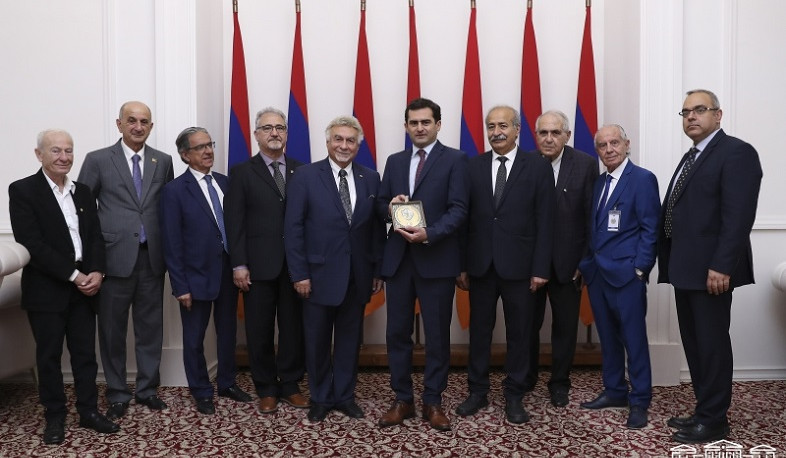 On June 29, the RA NA Vice president Hakob Arshakyan received the delegation led by the Chairman of the Central Board of Ramgavar Azatakan/Liberal Party Michael Kharabian.

Welcoming the guests, Hakob Arshakyan congratulated them on the 100th anniversary of the establishment of the Party, highlighted the path passed and the role in the state building and preservation of Armenian identity. The NA Vice President touched upon the activity of Ramgavar Liberal Party and the issues of strengthening Armenia-Diaspora ties.

The representatives of the Party assured that they are ready to support the authorities of Armenia on the way of the implementation of the pro-Armenian initiatives. They especially highlighted the fact that the event dedicated to the 100th jubilee of the establishment of the Party was held in the NA Park and thanked the leadership of parliament for supporting them in this issue.