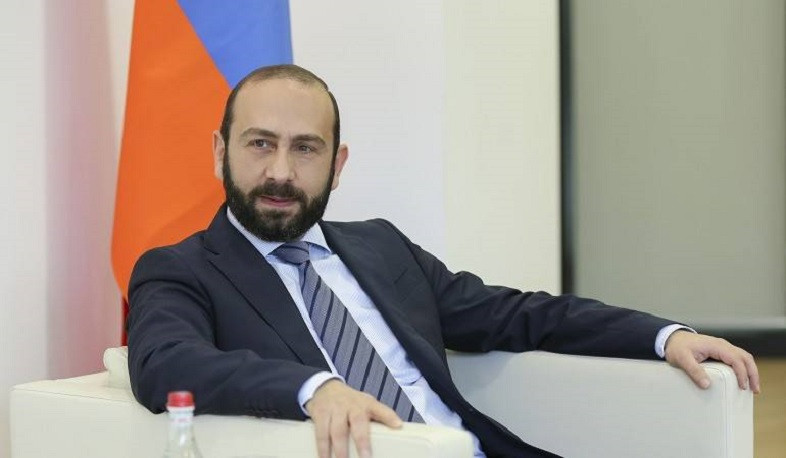 The interview of the Foreign Minister of Armenia to RFE/RL:
Question: The President of Azerbaijan Ilham Aliyev stated that their proposal to commence  the works on the peace agreement has not received a response from the Armenian side yet. How would you comment on that?
Answer:  Both publicly and in the international arena, as well as in the direct contacts with the Azerbaijani side, Armenia has repeatedly stated its consistency in the agenda of establishing peace on the highest levels, and that we do not consider anything unacceptable in the proposals of Azerbaijan regarding the future peace agreement, certainly, completing those proposals with our ideas.
We have conveyed our proposal for the framework of the agenda of comprehensive peace negotiations to Azerbaijan through the OSCE Minsk Group Co-Chair countries, but so far we have not heard any official response. In other words, contrary to the statements of the President of Azerbaijan, Armenia not only did not reject but also responded positively to the proposal of peace talks, waiting for Azerbaijan's response. At the same time, we have proposed Azerbaijan to launch consultations on the peace agreement between the Foreign Ministers, but so far we have not received any response. The Republic of Armenia reaffirms its readiness to launch consultations on a peace agreement at once.
Question: The President of Azerbaijan also mentioned that one and a half years later, the Trilateral Statement of November 9, 2020, is not fully implemented, referring, in particular, to the issue of unblocking regional transport communications. What can you say about that?
Answer: Indeed, the Trilateral Statement of November 9 has not been fully implemented yet. Azerbaijan, violating not only its obligations under the Trilateral Statement but also international humanitarian law, continues to illegally hold in captivity the Armenian prisoners of war and civilians, using them as hostages, bargaining and subjecting them to human trade.
Moreover, Azerbaijan denies one of the basic realities enshrined in the Trilateral Statement, stating that there is no Nagorno-Karabakh, and there is no Nagorno-Karabakh issue. Meanwhile, the President of Azerbaijan confirmed the existence of the Nagorno-Karabakh entity by signing a Trilateral Statement. And as long as there is the Trilateral Statement, the existence of that entity cannot be denied.
A gross violation of the Trilateral Statement of November 9 is also the fact that the Azerbaijani armed forces, violating the first provision of that statement, invaded the area of responsibility of the Russian peacekeeping contingent in Nagorno-Karabakh on March 24, 2022, and still remain there.
As for the unblocking of regional transport communications, we have repeatedly stated that Armenia is greatly interested in the success of this process.
The process would have been completed  much faster if it were not for the continuous groundless statements of the Azerbaijani authorities on the exterritorial corridor, which have nothing to do with reality and the agreements reached in the presence of several international partners. Anyway, for the sake of justice, it should be noted that the discussion on the issue of unblocking is carried out in a constructive environment. I hope that it will not fail due to incomprehensible political intrigues and will be successfully completed soon.
Views 379