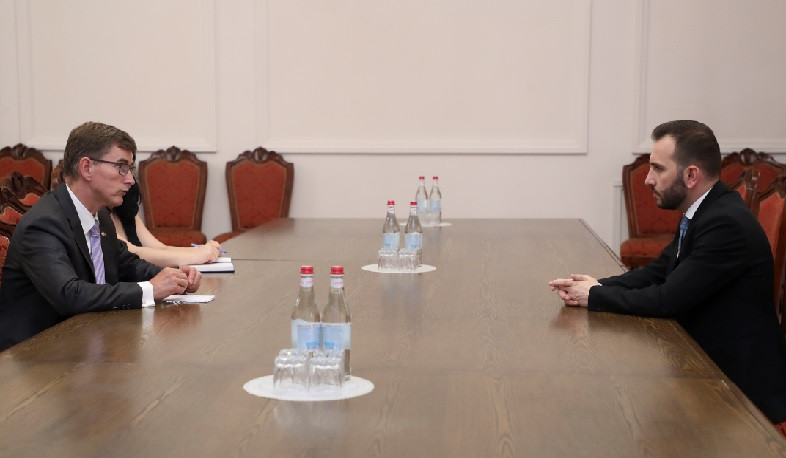 The Head of the NA Civil Contract Faction Hayk Konjoryan met with the Ambassador Extraordinary and Plenipotentiary of the Kingdom of the Netherlands to the Republic of Armenia Nico Schermers.
The perspectives of the development of the inter-parliamentary ties between Armenia and the Netherlands and the issues aimed at the development of the parliamentary diplomacy were discussed.
The Head of the Faction and the Ambassador highlighted the establishment of the democratic institutes and the deepening of cooperation of the Kingdom of the Netherlands in this direction.
They paid attention to the opportunities of the development and strengthening of the parliament as one of the most important institutes of democracy, as well as the perspectives of cooperation.
Views 20