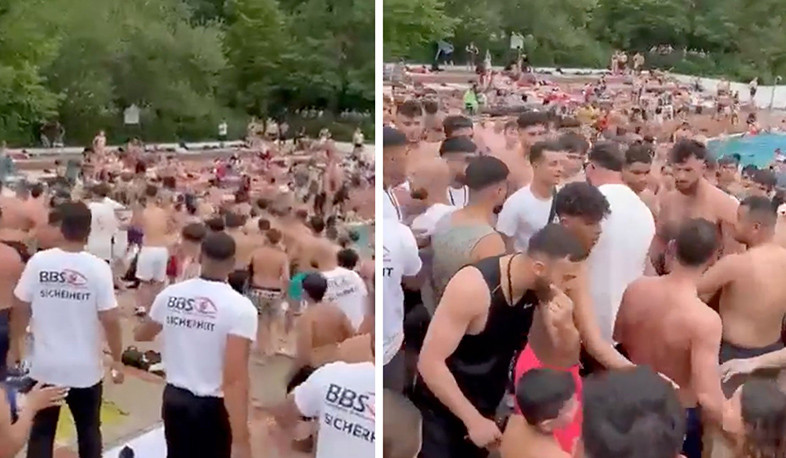 The vacations were quiet until several teenagers staged a shootout with pistols, E Prime Feed reports.

On Saturday, June 18, another conflict broke out in the German capital between groups of “new Germans” with Middle Eastern roots. Taking advantage of the warm weather, hundreds of people gathered at an open-air swimming pool, known locally as the “summer bath”, in the West Berlin district of Steglitz.

The rest was peaceful until several teens got into a gunfight with guns…thankfully just water guns, but this toy gun didn’t sit well with many in the audience. In a video that has been broadcast on the social network, you can see how a multinational crowd first orders things in a loud tone, and then a mass slaughter begins.

Soon, 13 police and ambulance squads arrived at the scene. Several participants in the mass brawl were arrested. There are also injuries: a man, for example, was cut with a knife in a fight, writes RTL.

“Unfortunately, such ‘swimming pool events’ do not happen by themselves,” Gunnar Lindemann, a member of the Berlin city parliament from the Adg party, told kp.ru.

“Such incidents have already occurred, although not on such a large scale. All these are the consequences of the erroneous migration policy of Angela Merkel (German chancellor in 2005-21), which was continued by the current chancellor Olaf Scholz and his government. As you can see, a significant part of illegal immigrants disregards German laws, which destabilizes the situation in society.