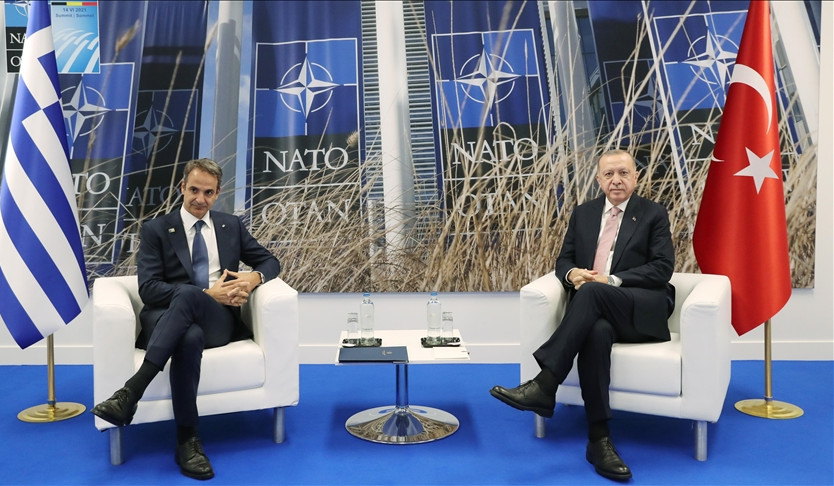 Erdogan announces that Greek PM does not exist for him anymore

Turkish President Recep Tayyip Erdogan has said he no longer recognises the leader of neighbouring Greece and will refuse to meet him at a planned summit.

Mr Erdogan accused Greek Prime Minister Kyriakos Mitsotakis of seeking to block the sale of American-made F-16 fighter jets to Turkey while visiting the US.

"There's no longer anyone called Mitsotakis in my book," Mr Erdogan told reporters after a cabinet meeting.

Greece said it would not get into a "confrontation of statements".

The row comes amid Turkey's threats to block a proposed expansion of NATO.