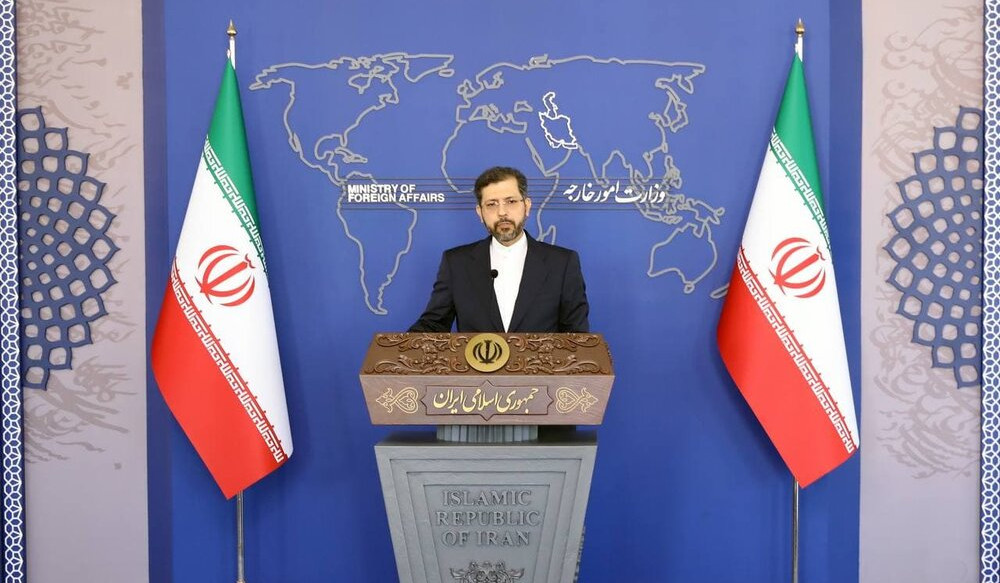 Khatibzadeh's warning to NATO: Path of confrontation has no happy ending

Referring to the actions and policies of NATO, the spokesman for the Iranian Ministry of Foreign Affairs said that NATO should know that the path of confrontation does not have a happy ending, Iran Press reports.

The North Atlantic Treaty Organization (NATO) was founded in Washington in the 1940s for mass defense. The United States and many European and neighboring countries were its members.

The organization, which was formed following the escalation of the Cold War between the United States and the Former Soviet Union, was, in fact, an attempt by the United States to mobilize European countries for self-defense and, of course, expand US power to counter any threat as well as controlling countries such as Germany.

With global political changes and the lifting of blockades during the Cold War, NATO also changed some of its goals and put a plan to expand its activities to the east to influence the region on its agenda.

In fact, in recent decades, NATO has acted as a military arm of the United States and Europe, being at the service of Western interventionist and extravagant goals; in the current crisis in Ukraine, Western countries have entered the battlefield in support of Ukraine's demands.

In an interview with Russia's Sputnik news agency, Iranian Foreign Ministry spokesman Saeed Khatibzadeh stated that the root of the current events is NATO expansion and ignoring the security and political considerations of the countries.

Khatibzadeh stated that Tehran is making every effort to establish peace between Moscow and Kyiv. In this regard, Iran intends to start a new round of efforts to mediate between Russia and Ukraine.

Regarding Iran-Russia relations, the Iranian Foreign Ministry spokesman also said that Tehran-Moscow relations are strategic, and we will not allow any issue to disrupt these relations.