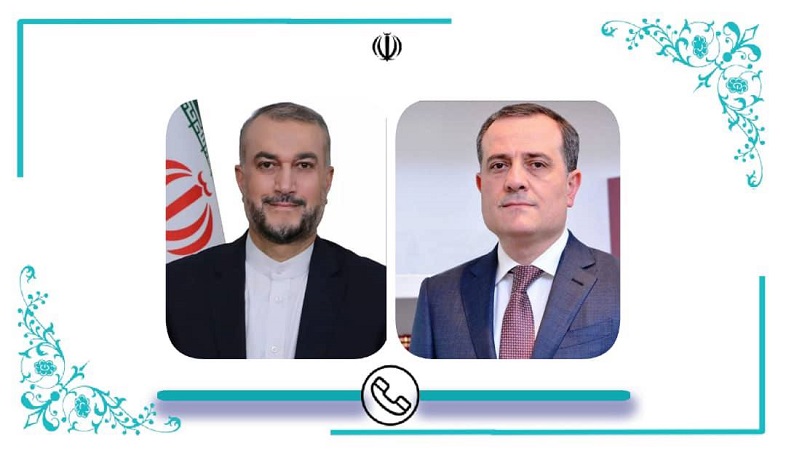 Abdollahian had a telephone conversation with Bayramov

Amir Abdollahian underlined that the foreign ministries of the two countries have a mission to expand political ties.

He referred to last year’s meeting between the presidents of the two countries, saying that important agreements at the level of presidents were made, the full implementation of which was on the joint agenda of Tehran and Baku.

The top Iranian diplomat noted that the successful holding of a joint economic commission in Baku was among the key achievements in expansion of bilateral relations.

Elsewhere in the telephone conversation, the Iranian foreign minister pointed to the holding of the conference of the parliaments of the Economic Cooperation Organization’s members in the Republic of Azerbaijan. Amir Abdollahian expressed hope that the upcoming conference will result in strengthening the ECO more than ever before.

Jeyhoun Bayramov for his part referred to the need for expanding bilateral ties between his country and Iran.

Bayramov declared readiness to continue diplomatic visits and strengthen political relations at different levels and underlined the necessity of close and unbreakable ties between the two countries.

Bayramov then spoke of the agreements between the presidents of Iran and Azerbaijan, saying the presence of Iranian companies in the reconstruction of the Karabakh region is an important step in this process.