One of goals of

Prime Minister Nikol Pashinyan was present at the start and awarding ceremony of the "RA Prime Minister's Cup" of schoolchildren team road running competition, which was held in the "Lake Parz" area of Dilijan, Tavush region. The event was also attended by Minister of Education, Science, Culture and Sport Vahram Dumanyan, Minister of Health Anahit Avanesyan, Deputy Ministers of Education, Science, Culture and Sport Karen Giloyan, Zhanna Andreasyan and other officials.

The prize for the first place was handed over to the Syunik school by Prime Minister Nikol Pashinyan. The Prime Minister greeted those present and congratulated the participants of the tournament on its success.

First of all, I want to start by saying that I am very happy that we organized this event together today. We welcomed the winners, but I would like to loudly applaud our other participants, the beautiful teams of Aragatsotn, Ararat, Armavir, Artsakh, Gegharkunik, Yerevan, Kotayk and Tavush. I also want to remotely greet the teams of all the schools that participated in the qualifying round. Warm greetings to our referee team, whose most important responsibility is to ensure the fairness and accuracy of the competition.

As a result of the discussions, we first recorded that this is a very good and important initiative. We thought that a series of competitions called "Prime Minister's Cup" was taking place in Armenia, and that series, as you can see, is expanding. What is the purpose of this? The goal is to promote healthy lifestyle, the will to compete in an honest struggle, to encourage the will to win in all areas and, finally, to bring people together. Hundreds, thousands of people take part in all our competitions. I hope and the ministry promises that the number of participants will increase every year.

The road running scholl Cup has a special significance. We were thinking that we should unconditionally organizse a competition for schoolchildren. And, to be honest, every day we hear the well-known formula, the formula that team logic is not so well developed in our country, people are more successful in individual sports, team logic, cooperation logic, is not so well developed. In this, by the way, there is truth. We see it in a variety of areas, from agriculture to other areas. And we thought that in addition to the above, for that school Cup we should choose a sport that develops team spirit. When we think of a team sport, we first think of football, basketball, volleyball. The next moment we realized that there are schools in the country that have the necessary infrastructure for that: stadium, halls, others do not. Therefore, we wanted to hold a competition that would be achievable to all schools and schoolchildren in the country.

Next, running is usually considered an individual sport. We tried to find the version that has team spirit. As you noticed, in the case of the "Prime Minister's Cup", the individual indicators are taken into account only in the logic of the overall team index; the team with the lowest index of all participants wins. In other words, when the team is completely ahead. The rules stipulated that if even one person from the team did not reach the finish line, the team would be completely out of the struggle for the prizes. We saw that team logic. I remember the girl from Armavir who reached the finish line crying. I then ask him why she was crying, she said because she had rib cage pain. But for the sake of her team, she considered it necessary to cross the finish line even with the paon. This was the brightest expression of team logic, and I want us to applaud the girl for that.

During this period we also made decisions. We decided that this tournament will take place every year in this same place, that is, from the highway to "Lake Parz". The specialists will decide every year how to organize the routes. In the coming years we will try to make the refereeing of all our competitions as electronic as possible, so that our referees work easier and do not suffer too much.

The next issue that we again decided based on the discussions with the participants of the tournament is the following: next year we will organize a camp on the eve of the competition. That is, the teams will approach this area the day before. The referees, the participants will spend the previous day here, will get acquainted with the racetrack, maybe they will train. In the evening we will have a camp, the teams will get acquainted with each other, communicate. That is, they will spend the night in this area, we will see whether there will be a tent settlement or other conditions will be created. The next day the competition will take place, already in the same logic.

We asked the participants, the children what they thought about the length and distance, some of them said it was long, some short. We decided to study the longest distance defined by international standards for school-age children, pay attention, not the shortest, but the longest distance, and next year we will hold the competition in a racetrack with that distance.

I want to emphasize again that this is a tournament about team logic, because the team wins, and all the teams are winners today, because they confronted this challange and everyone won with honor. I want to remind that those present, everyone here is a winner, because each of them in their region, like the Artsakh team in Artsakh, have won, they have come here as a winner.

This means that they are people, citizens imbued with team spirit, imbued with the will to win. And instilling that spirit into our schoolchildren, students, citizens, we give ourselves, all of us energy, hope, we all show our will, our determination that Armenia will be a truly free and happy country, Artsakh will be free and happy. And here are our generations, our children, our brothers and sisters, who create that freedom, happiness today, and who will enjoy it tomorrow.

I thank everyone, I congratulate all of us on the occasion of today's real holiday. Thank you."

The event was attended by the best teams of the republic's schools, which were recognized winners in the regional rounds. 12 teams took part in the tournament, each consisting of 7 students (5 boys, 2 girls), who covered the 4000-meter distance. 1730 students from about 250 schools from the regions of Armenia, the city of Yerevan, the Republic of Artsakh participated in the pre-election rounds of the tournament. 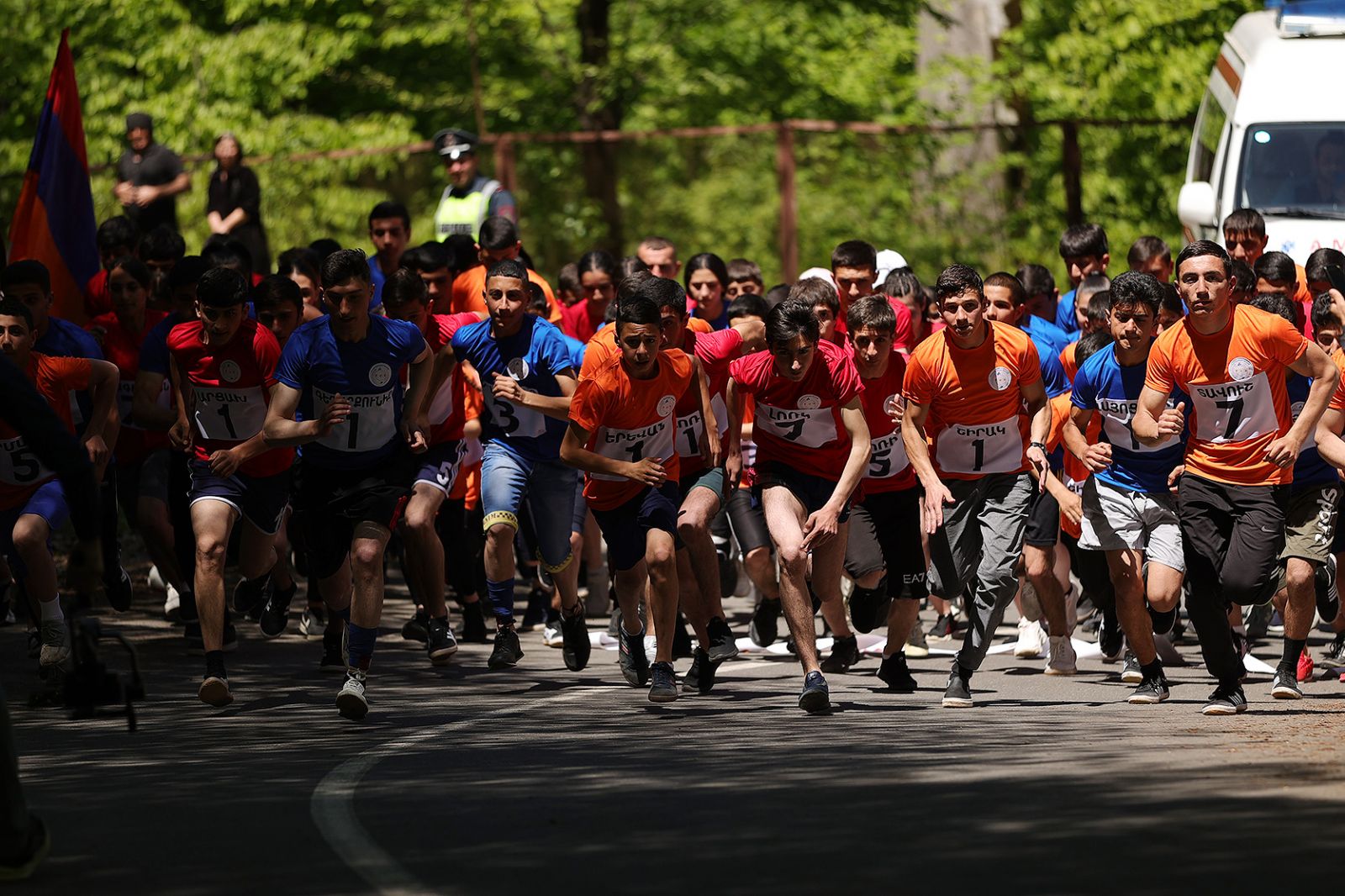 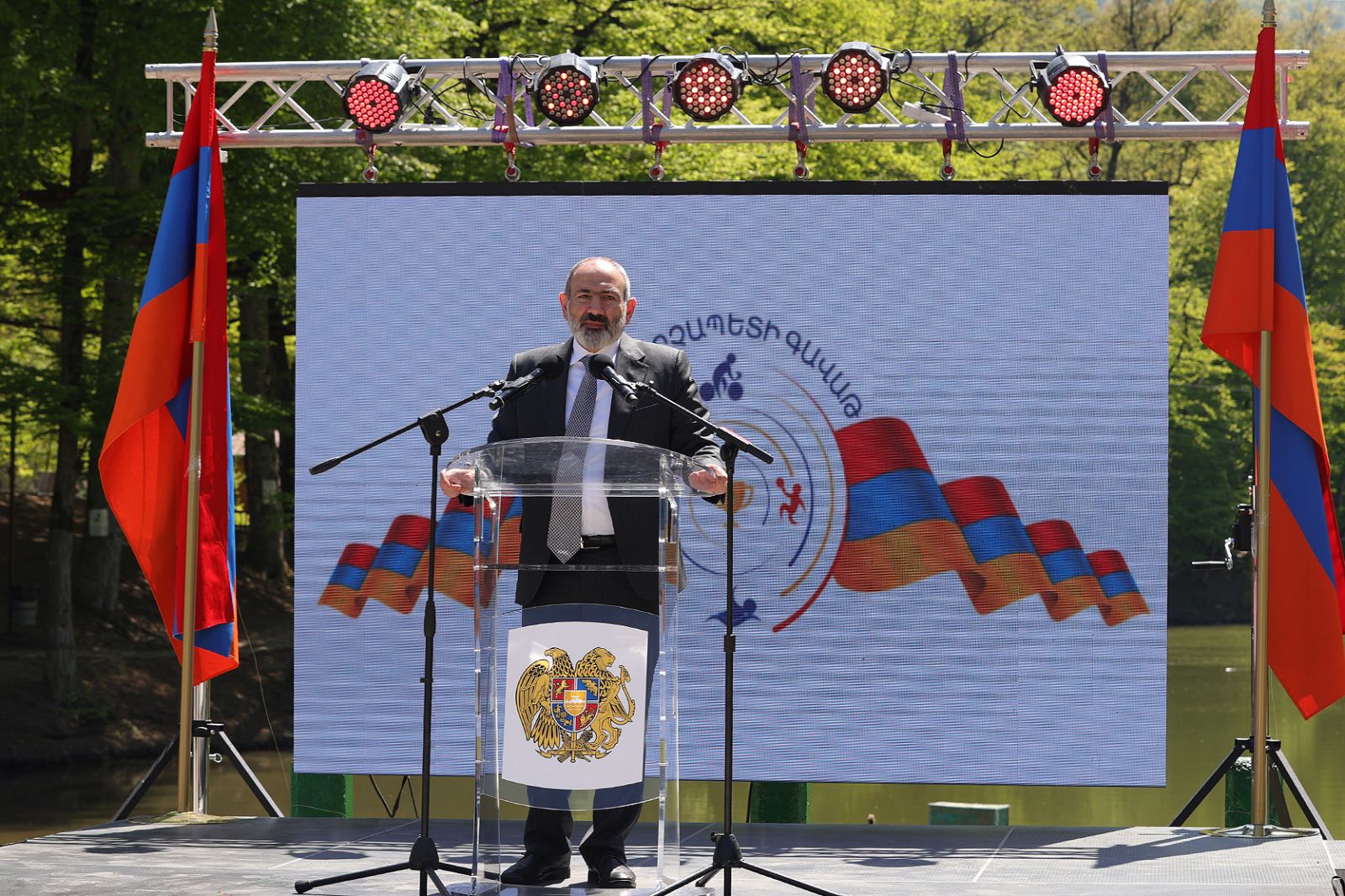 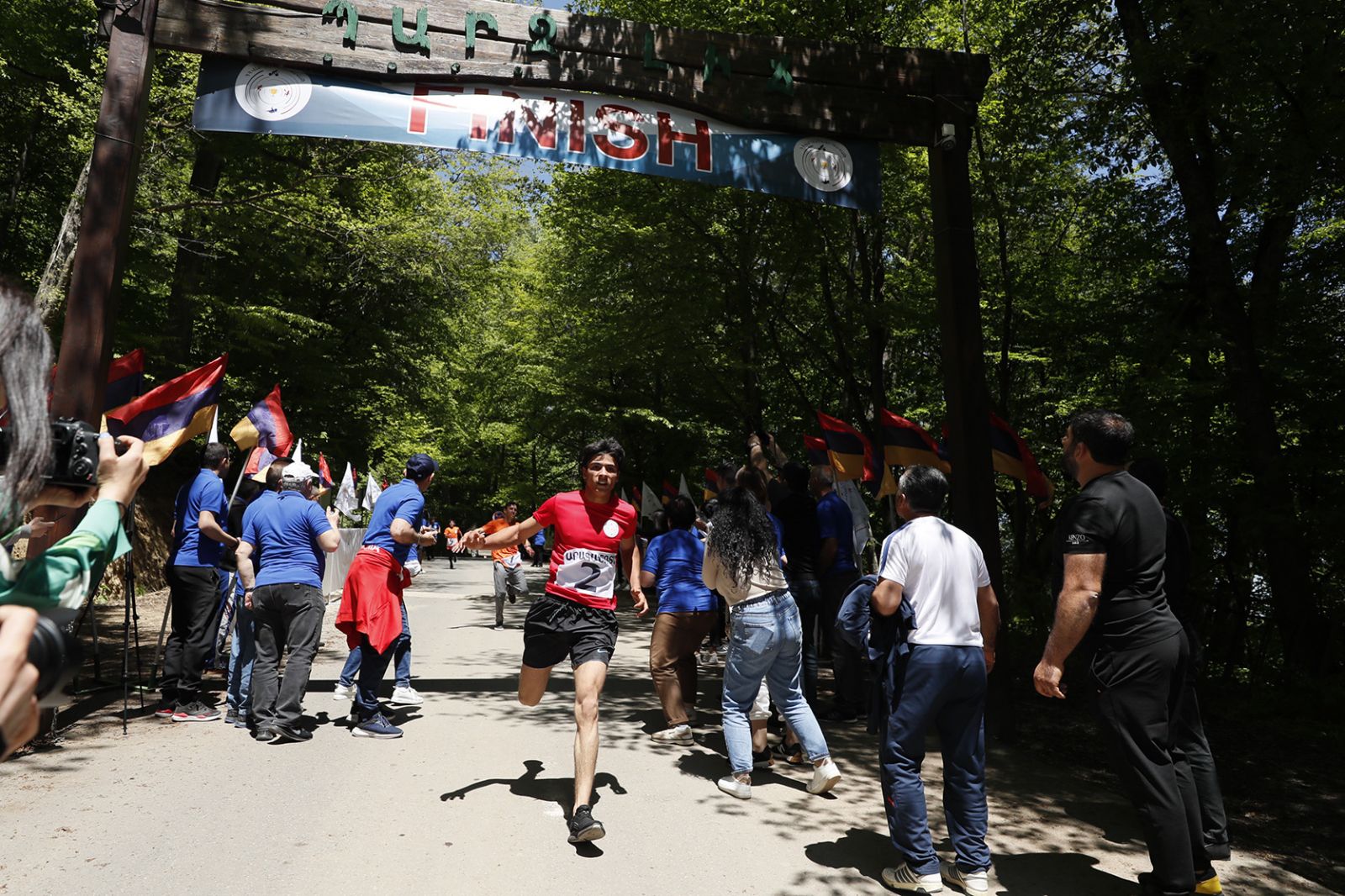 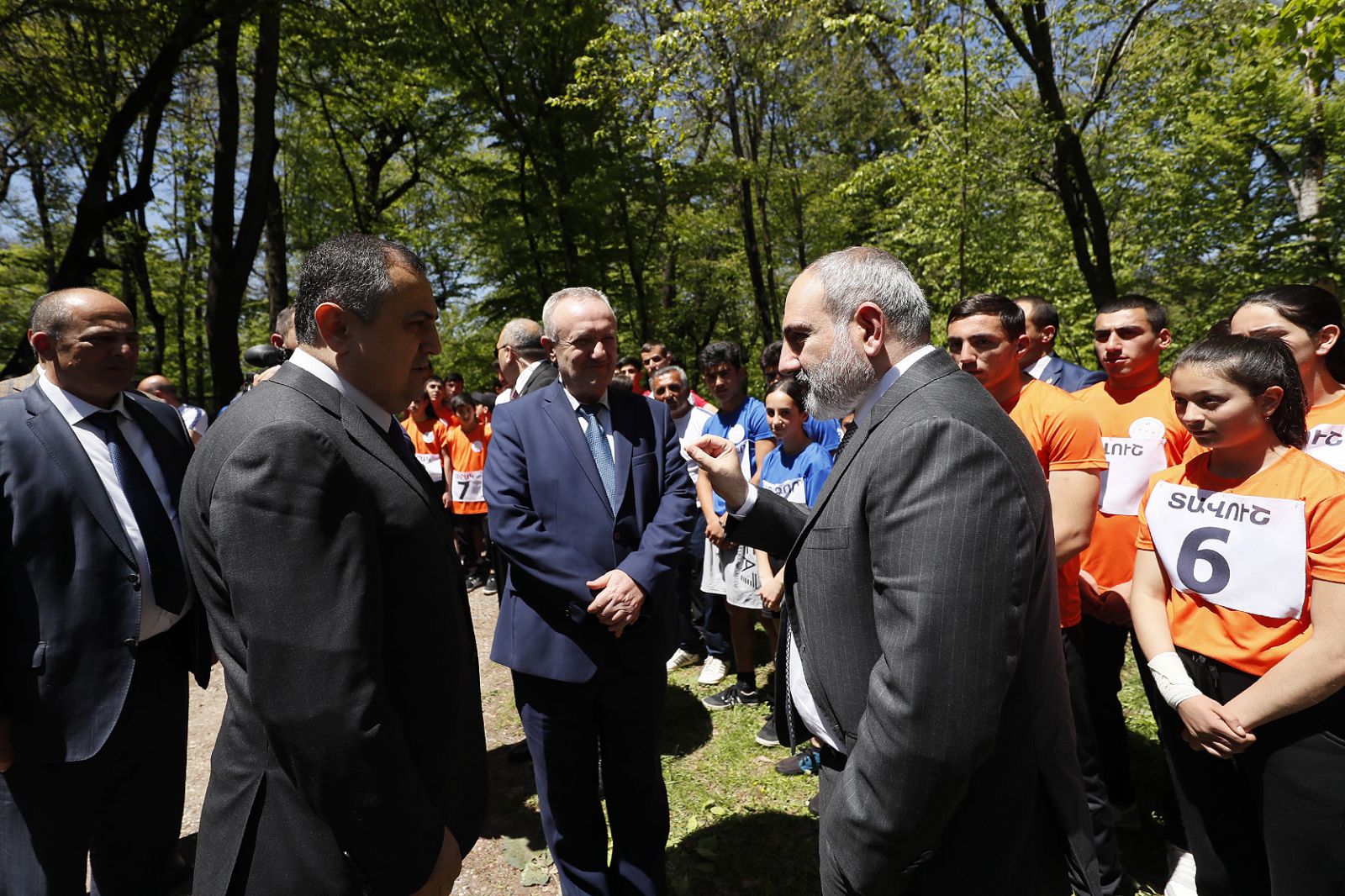 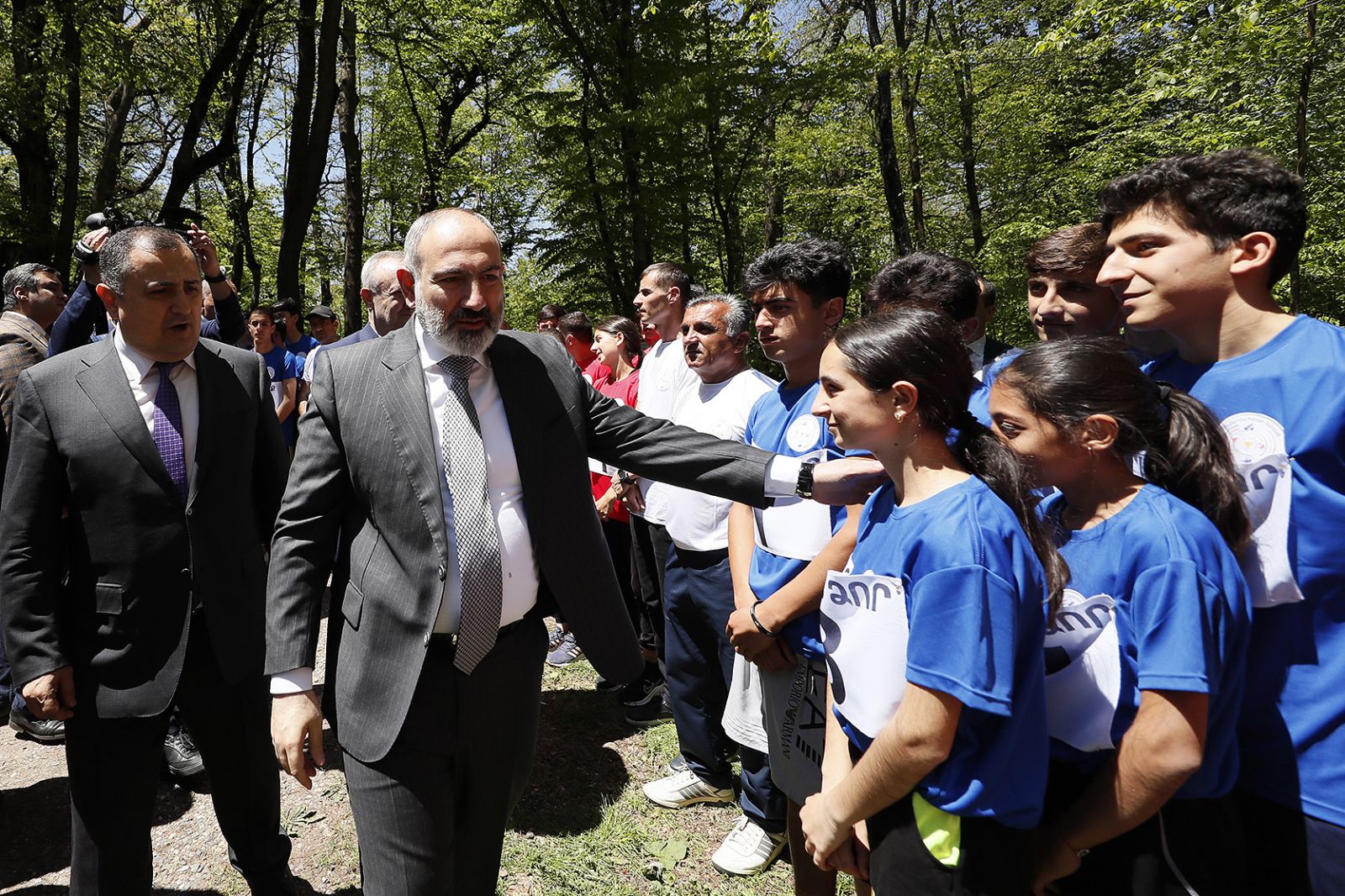 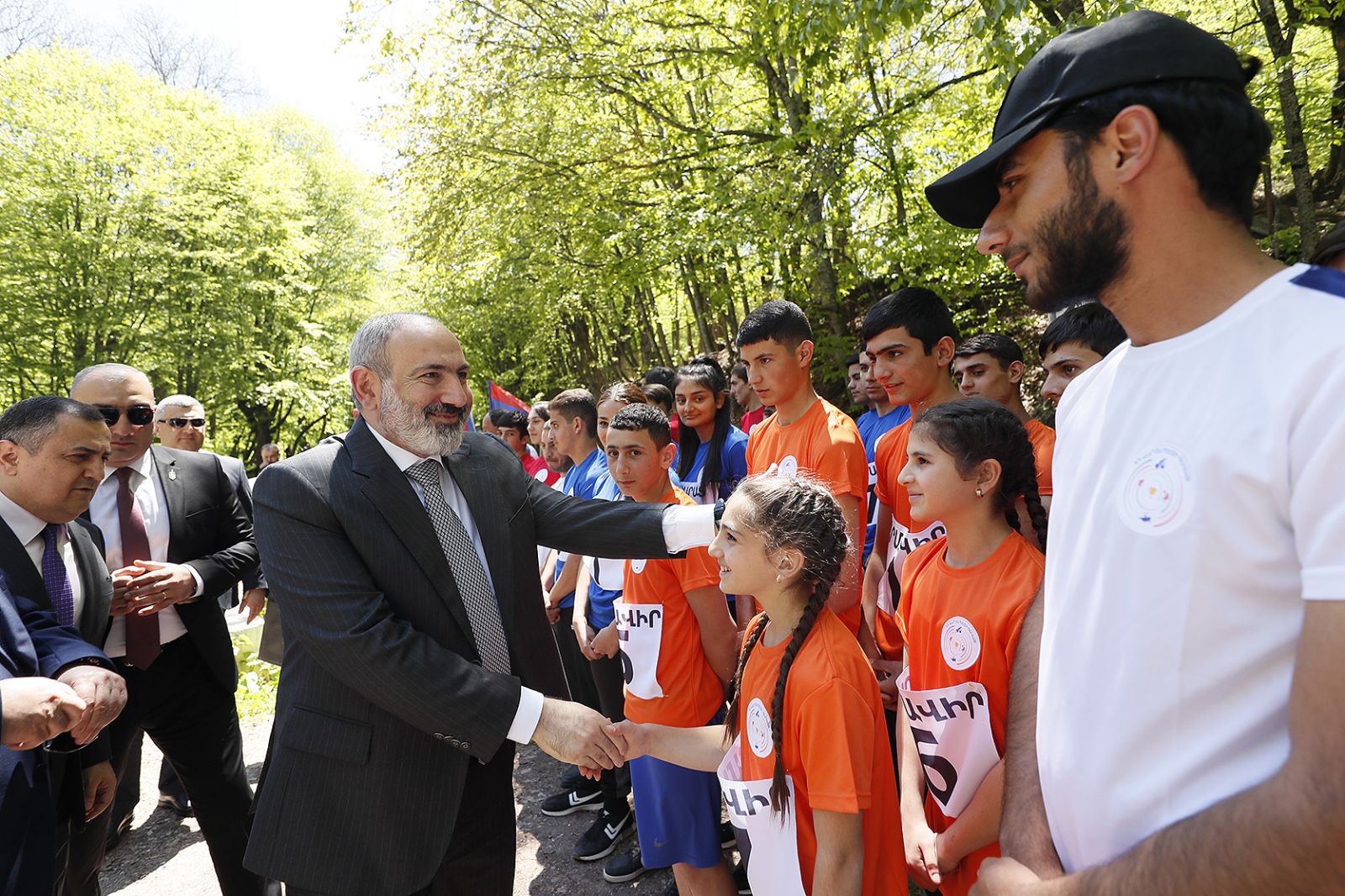 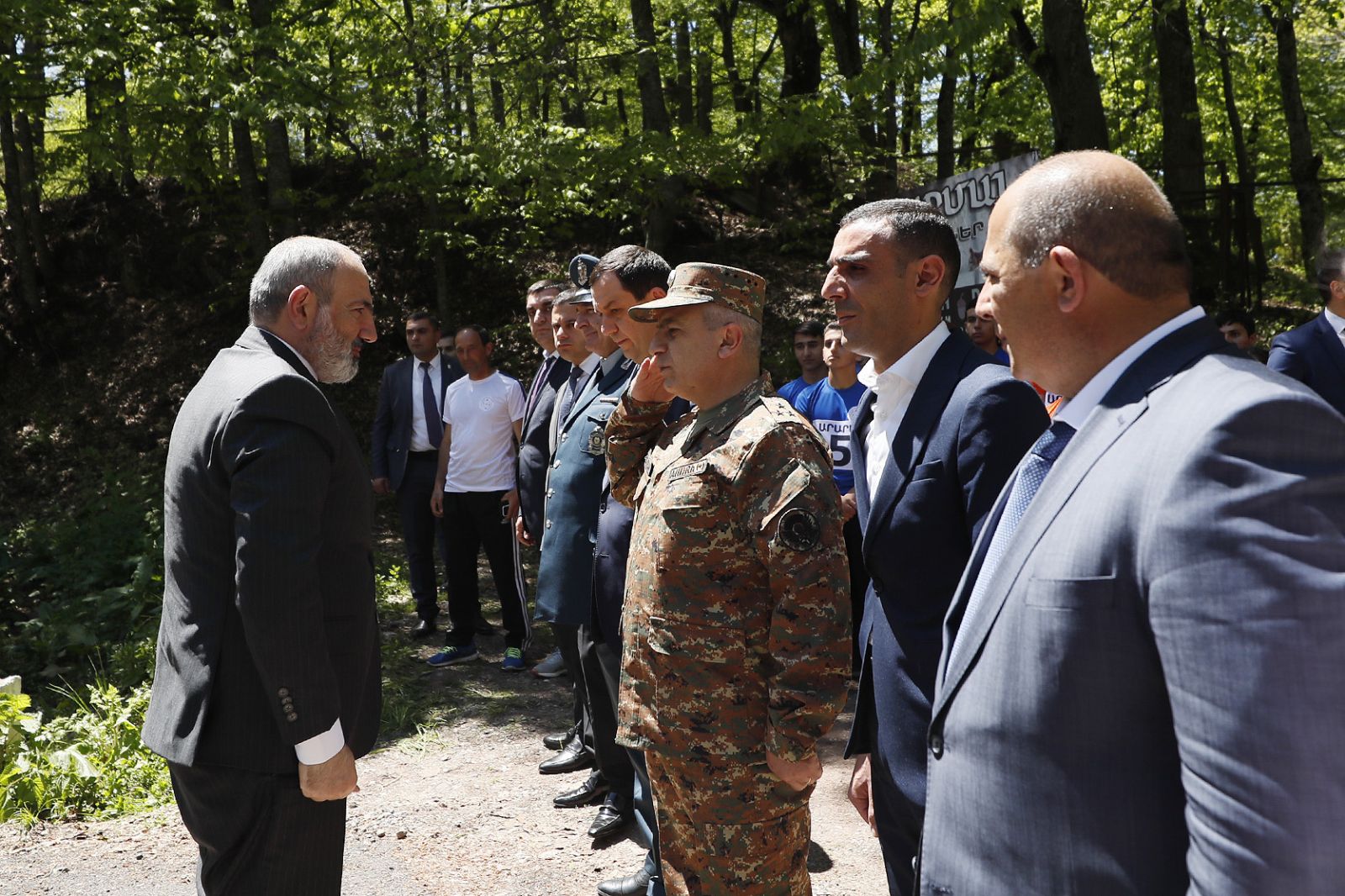