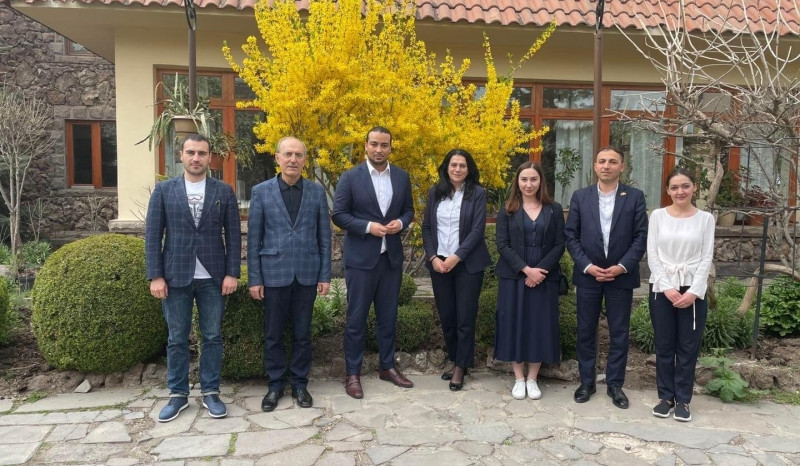 “I am in Armenia and have spoken with representatives from Nagorno-Karabakh and the Armenian Parliament about the violent conflict with Azerbaijan,” the MP said in a Twitter post.

Afterwards he visited the 13th century monastery Noravank. This morning he paid tribute to the memory of the Armenian Genocide victims at Tsitsernakaberd Memorial.