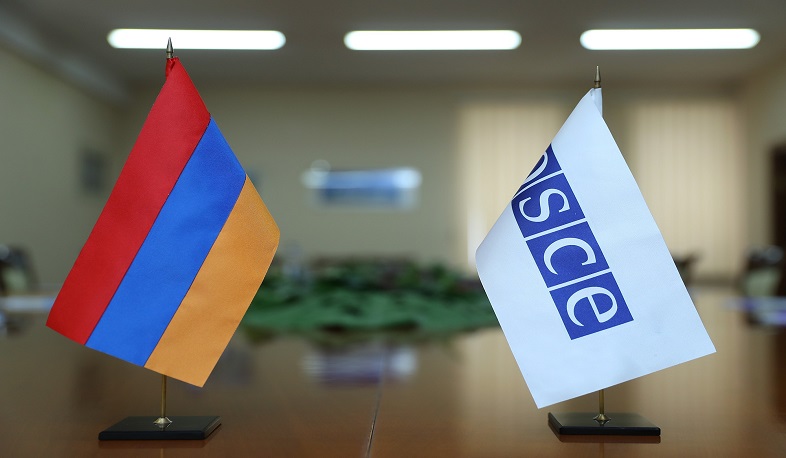 The European Union will fund a 24-month project on building effective and accountable institutions in Armenia, based on the principles of good governance and respect for the rule of law. The project will be jointly implemented by the OSCE, the United Nations Development Programme (UNDP), the United Nations Children's Fund (UNICEF), and the United Nations Population Fund (UNFPA).

A launch event took place in Yerevan on 25 January and gathered representatives of the Government of Armenia, diplomatic community, international organizations, civil society, and media.

At the launch event ceremony, Paweł Cieplak, Ambassador of Poland in Armenia, Representative of the Polish OSCE Chairmanship emphasized: “The Armenian Government’s pledge to ensure an effective and accountable police service is a critical pillar of safety, security and stability in the country. This pledge goes hand in hand with the OSCE’s efforts to build stability and thus sustainable peace.”

The project will support the reform agenda of the Government of Armenia. Key areas of engagement include enhancing a rights-based approach in public service delivery, promoting security sector governance and reform, and fostering the process of constitutional reform.

The project objectives are achieved through implementation of three components, based on the most imminent national reform priorities in the following fields: The police reform component is implemented by UNDP and OSCE, in close co-operation with the Ministry of Justice and the Republic of Armenia Police, and supports implementation of the ongoing police reforms, with a special emphasis on the reform of the educational system and establishment of a new Ministry of Interior. Focus areas of OSCE support will be strengthening the police education system, developing a community policing framework and ensuring transparency, accountability, and effectiveness in relation to the establishment of the new Ministry of Interior.

The component on human rights is implemented by UNDP, UNICEF and UNFPA and focuses on (i) capacity building of the Office of the Human Rights Defender and Office of the Representative of the Republic of Armenia on International Legal Matters, (ii) promotion of human rights awareness and education, (iii) improved Human Rights Action Plan monitoring and evaluation mechanisms.

The Embassy of the Netherlands in Armenia will contribute to the police reform efforts and partly fund the OSCE community policing related activities.