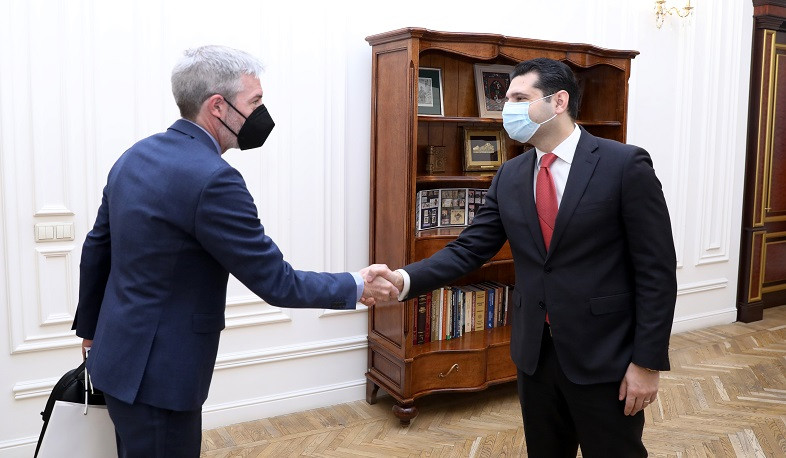 Deputy PM Matevosyan welcomed the current positive dynamics in the Armenian-Swedish bilateral relations and highly appreciated the interest of the Swedish Government to contribute to Armenia’s reform agenda and its support provided during the 2020 Nagorno-Karabakh war.

The Ambassador highlighted the partnership with Armenia and expressed the readiness of the Swedish Government to contribute to the development of democracy, rule of law and human rights in Armenia.

At the meeting, the sides highlighted the immediate repatriation of Armenian prisoners of war and civilian captives held in Azerbaijan, and agreed that the resumption of negotiations around the comprehensive settlement of the Nagorno- Karabakh conflict must be carried out under the mandate of the OSCE Minsk Group Co-Chairmanship.

The meeting also touched upon the humanitarian problems caused by the war, as well as the Armenia-Turkey normalization process, and the efforts for establishing lasting peace and stability in the region.

While discussing issues on the agenda of the Armenian-Swedish cooperation, Deputy PM Matevosyan highlighted the presence of Swedish companies in Armenia, particularly in road infrastructure construction processes, as well as the intensification of mutual partnership in judicial reforms, fight against corruption and protection of human rights.