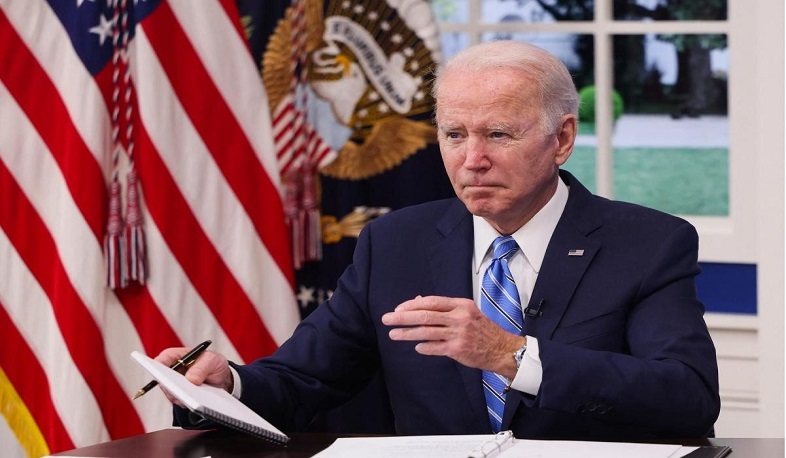 US President Joe Biden has said he will consider personal sanctions against Russian President Vladimir Putin if Russia invades Ukraine, as western leaders step up military preparations and make plans to shield Europe from Russian gas being cut off, The Guardian reports.
The rare sanctions threat came as NATO placed forces on standby and reinforced eastern Europe with more ships and fighter jets in response to Russia’s troop buildup near its border with Ukraine.
If Russia attacked, Biden said, it would be the “largest invasion since world war two” and would “change the world”. The US President said he would consider adding direct sanctions on Putin to a raft of measures being drawn up.
“Yes. I would see that,” Biden said when asked by reporters in Washington about targeting Putin, whom opponents have long accused of holding gigantic secret wealth.
A senior US official laid out economic sanctions “with massive consequences” going far beyond previous measures implemented in 2014 after Russia invaded Ukraine’s Crimea region.
Russia denies planning an attack and says the crisis is being driven by NATO and US actions. It is demanding security guarantees from the west including a promise by NATO never to admit Ukraine as a member. Moscow sees the former Soviet republic as a buffer between Russia and NATO countries.
Efforts to resolve the tensions diplomatically have continued, with officials from France, Germany, Russia and Ukraine expected to meet in Paris on Wednesday.
The threat of sanctions on Putin came as the US helped prepare for the diversion of natural gas supplies from around the world to Europe in the event that the flow from Russia is cut, in an effort to blunt Putin’s most powerful economic weapon.
US officials said on Tuesday that they had been negotiating with global suppliers and were confident that Europe would not suffer from a sudden loss of energy for heating in the middle of winter.
Views 70