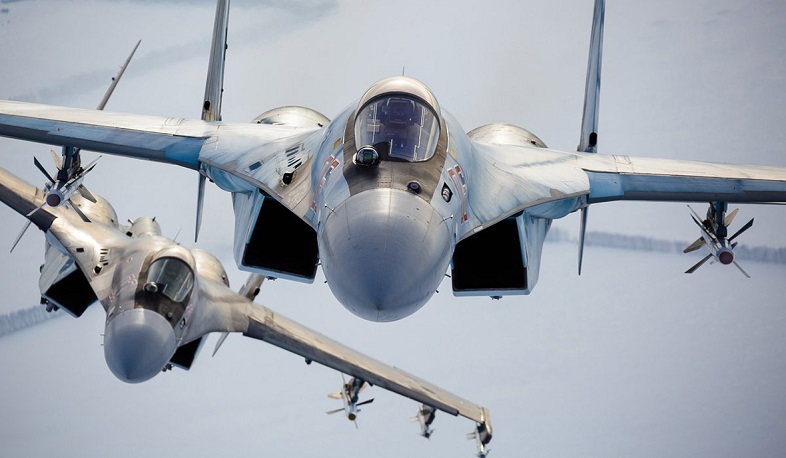 Russian and Syrian military pilots have conducted a joint air patrol mission along the Golan Heights and the Euphrates River, the Russian Defense Ministry said in a statement, TASS reports.

"The mission’s route ran along the Golan Heights, the southern order, the Euphrates River and over northern Syria," the statement reads. "Russian pilots took off from the Hmeymim Air Base, while Syrians took off from the Seikal and Dumayr airfields outside Damascus," the ministry added.

According to the Russian Defense Ministry, the mission involved Russia’s Su-34 and Su-35 aircraft and the A-50 early warning and control aircraft, as well as Syria’s MiG-23 and MiG-29 planes. "During the patrol mission, Syrian pilots controlled airspace and provided fighter cover, while Russian crews practiced attacks on ground targets," the statement specified. The ministry said that pilots had practiced strikes on air targets and ground targets at a training range in central Syria.

"The two countries’ pilots developed skills for cooperation in various situations. This kind of joint missions will now take place on a regular basis," the Russian Defense Ministry stressed.