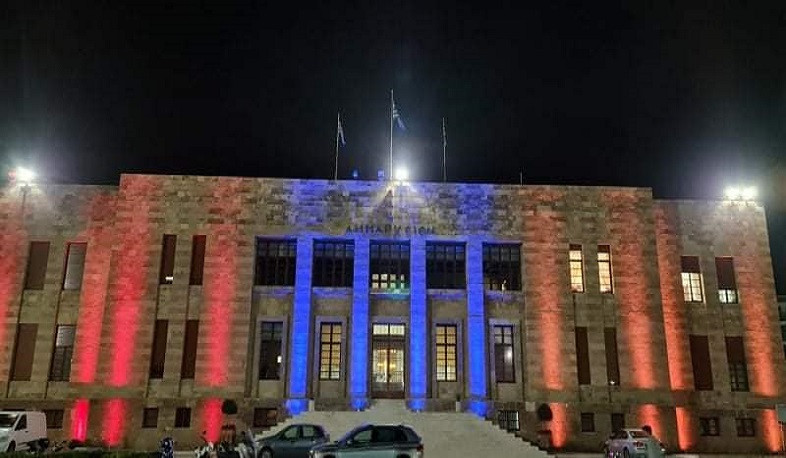 The building of the City Hall of Rhodes Island and the fountains of Omonia Square of the capital of Greece were illuminated in the colors of the Armenian flag by the initiative of the Embassy of Armenia in Greece and the support of Mayors of Rhodes and Athens to mark the 30th anniversary of establishment of Armenia-Greece diplomatic relations.

The lightening took place on January 20, the Embassy of Armenia in Greece informed on its Facebook page.