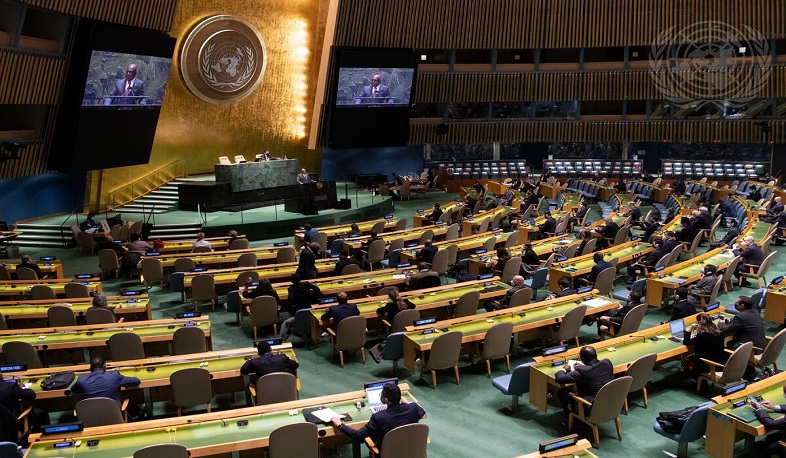 The United Nations General Assembly approved a resolution on Thursday that condemns any form of Holocaust denial and calls on social media companies to combat antisemitism and Holocaust denial or distortion.

The resolution calls on the 193 U.N. member states to "reject without any reservation any denial or distortion of the Holocaust as a historical event, either in full or in part, or any activities to this end."

It also urged social media organizations "to take active measures to combat antisemitism and Holocaust denial or distortion by means of information and communications technologies and to facilitate reporting of such content," and calls on member states to create educate future generations on the genocide.

Additionally, the member states expressed concern regarding "the growing prevalence of Holocaust denial or distortion through the use of information and communications technologies," and said the Holocaust "will forever be a warning to all people of the dangers of hatred, bigotry, racism and prejudice.

The resolution was approved exactly 80 years after top Nazi officials attended the Wansee Conference, where they coordinated the genocide of the Jewish people and talked about creating Nazi death camps, according to the U.N.