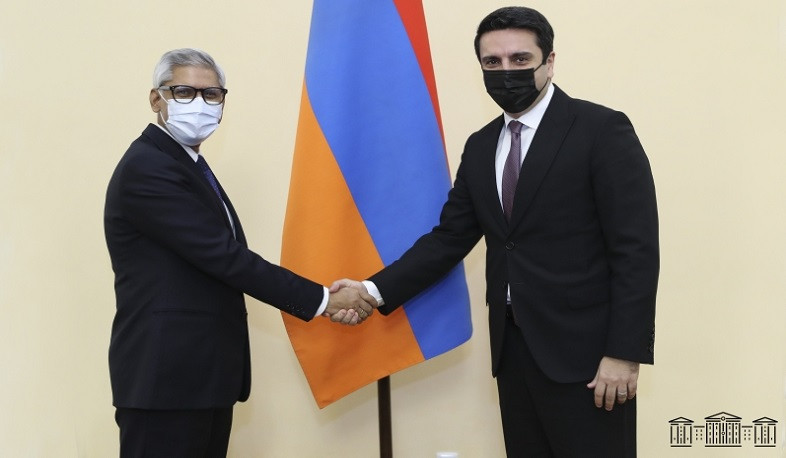 On December 9, the President of the National Assembly of Armenia Alen Simonyan received the Delegation led by the Secretary General of the International Federation of Red Cross and Red Crescent Societies Jagan Chapagain.

Welcoming the guests, the NA President highly appreciated the role of the Federation in the development of the capabilities of the National Red Cross and Red Crescent Societies and withstanding natural disasters.

Alen Simonyan mentioned that the delegation has come to Armenia in a very hard period, when we bear the aftermath of the 44-day war unleashed by Azerbaijan with the help of Turkey and mercenary and there are numerous unresolved issues.

The interlocutors touched upon the humanitarian issues caused by the 44-day war, highlighting the mandate of the Federation in terms of their settlement.

The RA NA President informed the guests about the yesterday’s meeting with the parents of the captives and the missing. Alen Simonyan mentioned the primary role of the IFRC in repatriation of the prisoners of war and hostages. In this context, he stressed the priority of the issue of returning Armenian POWs on the relevant platforms.

The Secretary General expressed readiness to convey the RA NA President’s word to the International Committee of Red Cross.

During the meeting the sides talked about the issues of the displaced, the situation created as a result of the pandemic, the assessment of the needs and solutions.