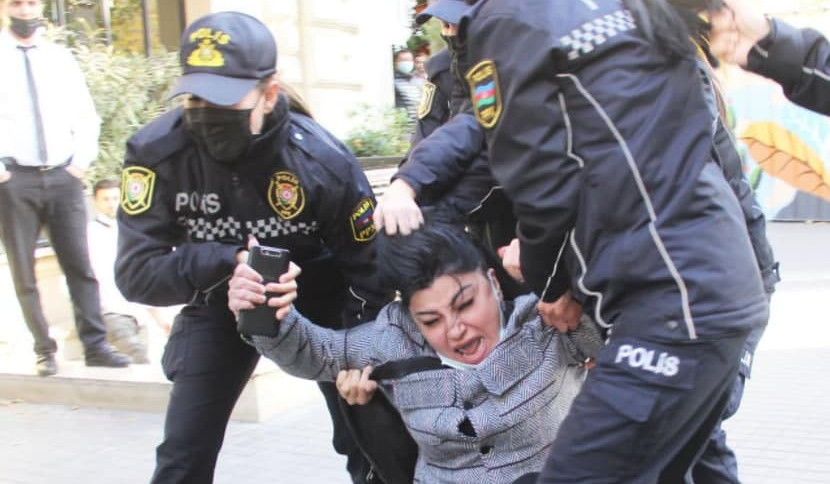 More than 40 people were arrested and beaten up at the Fountain Square in Baku on December 1 at a rally in support of opposition activist Saleh Rustamov, who has been on a hunger strike in prison for 26 days. Well-known opposition politician Tofig Yagublu was severely beaten, relatives are still searching for young activist Rustam Ismayilbeyli.

20 people were taken to police stations, the rest were brought to the suburbs and released there. This was announced by the representative of the Popular Front Party of Azerbaijan Tezekhan Miralamli, adding that the organizers of the rally had been detained before it started.

The official statement of the Ministry of Internal Affairs of Azerbaijan says that “a group of people tried to hold an unsanctioned rally at the Fountain Square, violating the rules of the special quarantine regime. The attempt was immediately suppressed by the police”.