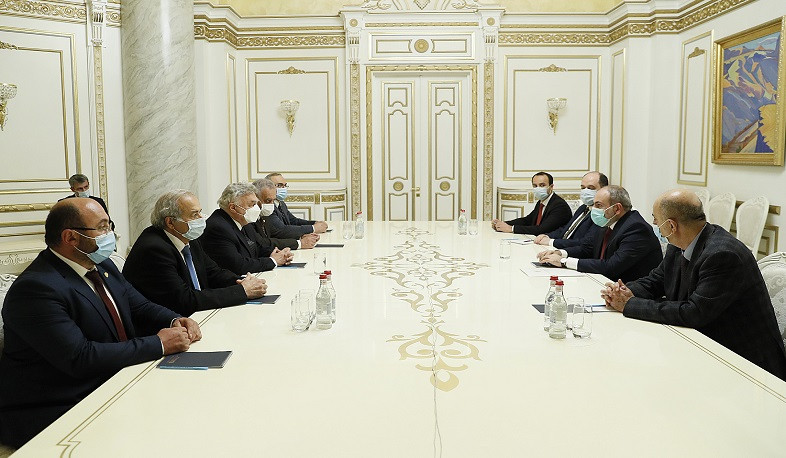 Prime Minister Nikol Pashinyan received the representatives of the Central Board of the Ramkavar Azatakan Party (RAP), headed by Board Chairman Michael Kharapian.
The PM welcomed the RAP representatives and attached importance to the interactions and discussions in that format. “We highly appreciate the activity and history of the Ramkavar Azatakan Party, as well as its role in organizing the political life of the Diaspora”, Nikol Pashinyan said.
Michael Kharapian noted that the Ramkavar Azatakan Party reaffirms its support to the Armenian Government for the benefit of solving the problems facing the Motherland and its progress.
During the meeting, the sides touched upon the developments in the region, the Nagorno Karabakh issue, the strengthening of Armenia-Diaspora ties, and a number of issues related to the Government's programs.
Views 157